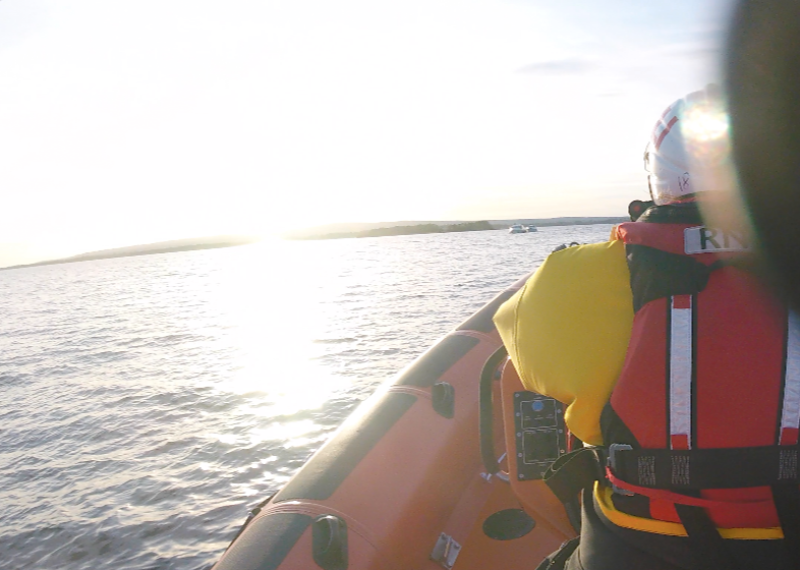 A LIFEBOAT was deployed to help a boat with engine failure last night at a popular swimming spot for Limerick people.

Valentia Coast Guard informed the lifeboat volunteers that the casualty vessel was at a location west of the Corakeen Islands in Dromineer Bay and that the skipper had dropped anchor to prevent drift.

The skipper of a passing 45ft cruiser had taken the casualty vessel under tow and when the lifeboat arrived on scene at 8.10pm, both vessels were underway and making way through the Urra Channel.

All four people on the casualty vessel were safe and unharmed, and the skipper of the towing vessel, with nine people on board, told the lifeboat that he was happy to continue the tow to Dromineer Harbour.

The RNLI volunteers informed Valentia Coast Guard of the situation and that the lifeboat would accompany both vessels to Dromineer.

When both vessels were safely tied alongside at the harbour, the lifeboat departed the scene and was back at Station at 8.36pm.

Aoife Kennedy, Deputy Launching Authority at Lough Derg RNLI, advises boat users to "ensure your vessel is serviced and in safe working order and if you find yourself in difficulty on the lake dial 999 or 112 and ask for marine rescue".