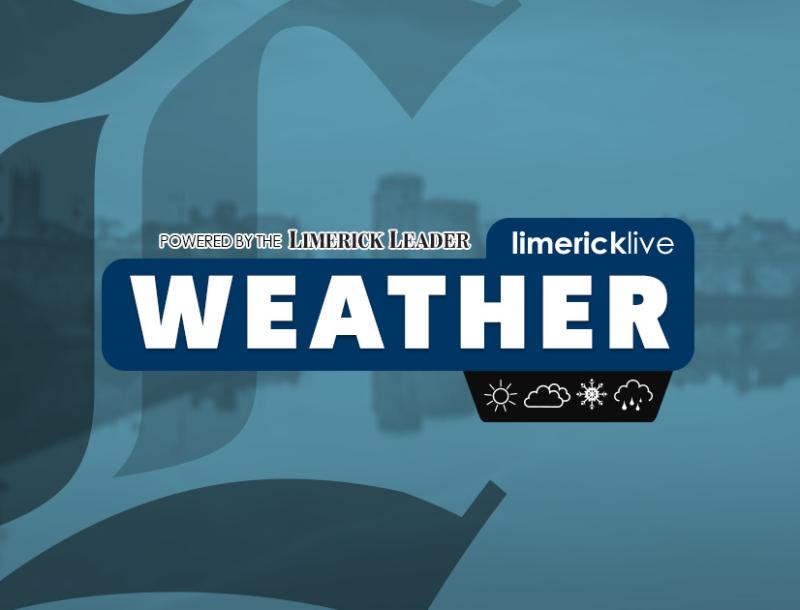 SUNNY spells and isolated showers today. Highest temperatures of 16 to 19 degrees in a light to moderate northwesterly breeze.

Tonight, it will be cloudy with patchy light rain or drizzle in the west and northwest but it will be generally dry with clear spells in other areas. Lowest temperatures of seven to 12 degrees in a light west to southwest breeze.

Tomorrow morning will be dry and sunny across this province. It will become cloudy across the country during the afternoon with scattered light rain or drizzle but it will become drier again by evening with some hazy sunny spells. Highest temperatures 15 to 20 degrees in a light west to northwest wind.

Mostly dry with clear spells tomorrow night, but cloudier with patchy drizzle near west and northwest coasts. Lowest temperatures of nine to 13 degrees in a light and variable breeze.

On Sunday, it will once again be dry with sunny spells on Sunday. But it will become cloudier in the afternoon with patches of drizzle possible near Atlantic coasts. Highest temperatures of 16 to 21 degrees with light and variable breezes.

Sunday night, dry with clear spells. Patches of mist and fog may develop in near calm conditions. Lowest temperatures of 10 to 14 degrees.

As we start the new week, Monday morning will start dry with sunny spells. But it will likely become cloudier as the day goes on, with rain possibly affecting the northwest later. Highest temperatures of 16 to 22 degrees with a light west to southwest wind.

High pressure will likely continue to dominate towards the middle of next week, bringing generally dry weather and an increase in temperatures.