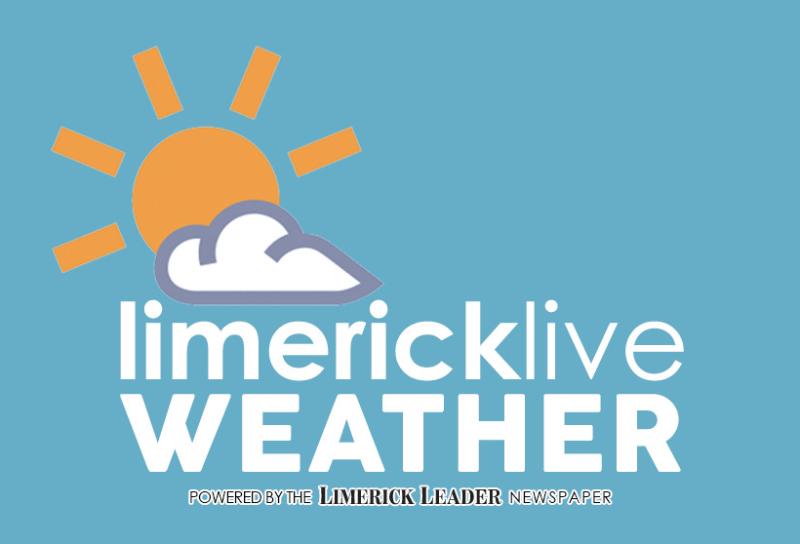 Today will bring a mix of cloud and sunny spells with scattered showers in Limerick.

The showers will become isolated towards evening. Highest temperatures of 16 to 19 Celsius in moderate westerly winds, which will be fresh at times near the west coast.

Winds will ease later in the day. Mildest in the south and southeast where temperatures may reach 20 Celsius locally.

Thursday will be dry for many, but scattered showers will affect coastal parts of the north and northwest mainly, where a few will be heavy. There'll be some sunshine in the afternoon. Fresher than of late with highest temperatures of 15 to 18 degrees in moderate northwesterly winds. Temperatures overnight down to 8 to 10 degrees.

Friday will be a similar day, mainly dry with some sunshine in the morning and a few showers in the afternoon, especially in the west and northwest. Temperatures of 15 to 18 degrees with light to moderate west to northwest winds.

Still a few showers near western and northern coasts over the weekend where there will be a good deal of cloud generally, but mostly dry elsewhere with variable cloud cover and some sunny spells. Temperatures on Saturday in the mid to high teens and a little warmer on Sunday at 17 to 21 degrees.

Current indications suggest the early days of next week are set to be mostly dry with more in the way of sunshine and temperatures widely in the high teens to low 20's with light winds.