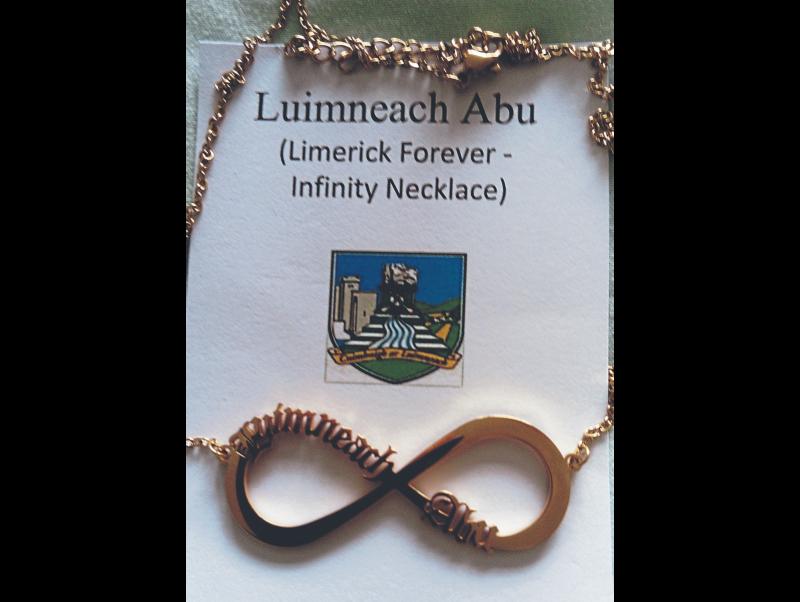 One of the Luimneach Abú infinity necklaces

A LIMERICK man who travelled far and wide watching his county hurl for more than 70 years has created special infinity bracelets for fans to symbolise their unwavering support.

Tony Hurley, Patrickswell, first remembers seeing the Treaty men win in 1973, the same year he got married, followed by a long 45 year wait for the next time Liam was to return to Limerick.

“I have seen every match since. I even went up and down to Limerick on the back of a motorbike with my father. All that suffering and now we have four All-Ireland’s in 46 months,” he said.

Tony, who is a founding Chairman of Aisling FC soccer club, decided to design and order 40 Luimneach Abú infinity necklaces for family and friends following their 2021 All-Ireland win.

Family members from the United States, the Isle of Man and further afield were in awe of their new keepsake, adorned with Luimneach Abú.

Interested parties were able to take the necklaces for free, with the promise of donating €20 each to a charity near and dear to them.

So far, almost €1,000 has been raised by Tony and his infinity necklaces for various charities.

The necklaces have all been sold out and are currently unavailable.