Fundraiser to help Haven Hub develop its new base in Limerick 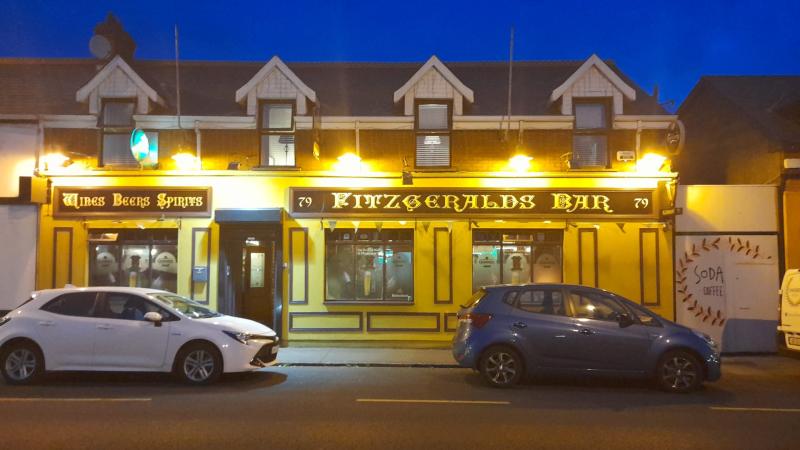 A FUNDRAISING night is to take place next month to raise funds for a permanent base for two local suicide awareness groups.

The Haven Hub and Limerick Land Search Team have been given a premises in Thomondgate by Limerick City and County Council.

However, the building is extensively fire-damaged and in need of a comprehensive re-fit to bring it up to operational usage.

On Friday, August 19, a fundraising night will take place in Fitzgerald's Bar at Thomondgate from 6pm.

Karaoke will be compered by Victor and the host on the night will be magician Leon Andersen.

Tickets will cost €10 on the door, and proceeds go towards the reconstruction costs of the building.

If you can’t make it along to the event, you may like to consider donating to the fundraiser which can be found online here.

The Haven Hub's media director Pat Doran said: "Since its inception, the Haven Hub has voraciously advocated for the collaboration of all stakeholders in the suicide awareness space in Limerick. We are so thrilled to be working with Limerick Land Search Team in this shared initiative. With Limerick having the highest rate of suicide in the country, it’s vitally important that the community is aware of, primarily, what we do. But also that they know where we are when they need us most. We hope that this project will turn suicide rates in Limerick on its head and be the place where our number is highest in suicide preventions as opposed to suicide completions”.

Leona O’Callaghan, founder and chairperson of the Haven Hub added: "The mental health community centre initiative will allow us to continue to provide vital peer support to those most in distress. But it will also give us a stable base of operations to deliver our wellness program. Courses such as Wrap (Wellness Recovery Action Plan), QPR training, decider skills, mental health first aid will be delivered free of charge to the community from a singular location."

"Our trauma recovery program as well as the Lads Shed project are also being run by the Haven and currently being offered in spaces that we rent. So the ability for us to have a permanent home is one which will prove invaluable to the community," she added.

Limerick Land Search Team chair Calvin Prendergast added: "We are delighted to have finally been offered a premises from the council and to be able to work alongside our colleagues in Haven Hub in providing two vital services to the community of Limerick and beyond. This will be more than just a base for our unit but a hub for the community where they can reach out for help. The next step is renovating the premises and over the next few months we will be hoping the people of Limerick will get behind the project and support our joint fundraising efforts to get the building up and running as quickly as possible. The people of Limerick have always been good to ourselves and without them we would not be operating 9 years this year providing the service we do and as always we are ever so grateful.”

The Haven Hub has also organised a GoFundMe to help with the costs associated with the rebuilding of the premises.