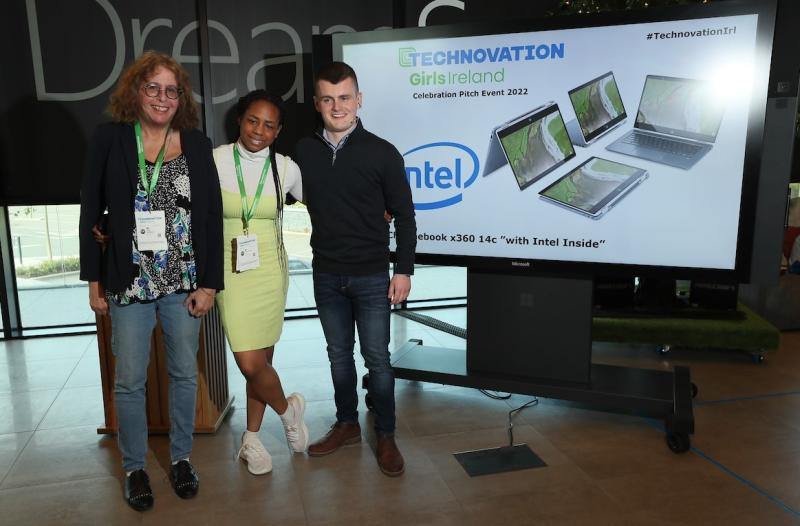 Flourish is a student at Colaiste Nano Nagle on Sexton Street

A LIMERICK schoolgirl has won a technology competition with her app to combat gender based violence.

Flourish Olushola intended to enter Technovation with an app designed to fight climate change but one of Ireland’s most tragic murders changed that.

The Colaiste Nano Nagle student changed tack when she heard about Aishling Murphy’s death, deciding that she was going to be part of the change required to combat gender based violence.

Flourish’s app, Whistleblower, educates users on the meaning of gender-based violence, how to combat it and where to go if you need help.

Technovation is a competition where girls compete to create an app with a social enterprise.

Flourish was supported by TeenTurn, who provide teen girls the opportunity to gain hands-on STEM experience and the support to acquire qualifications and jobs.

The teen's hard work paid off as Flourish walked away with first prize in the Junior Division of the competition.

She said: "I did not expect to win anything as it was my first time doing any sort of coding but I somehow managed to win first place in the junior division and I won a brand-new HP chromebook.

"I was over the moon. TeenTurn helped me so much through my Technovation journey from all their resources to connecting us to professional app developers."

There is no time to stand still as Flourish awaits the results from the Global Technovation competition and already has plans to make her app more secure by adding disguise features to protect users.