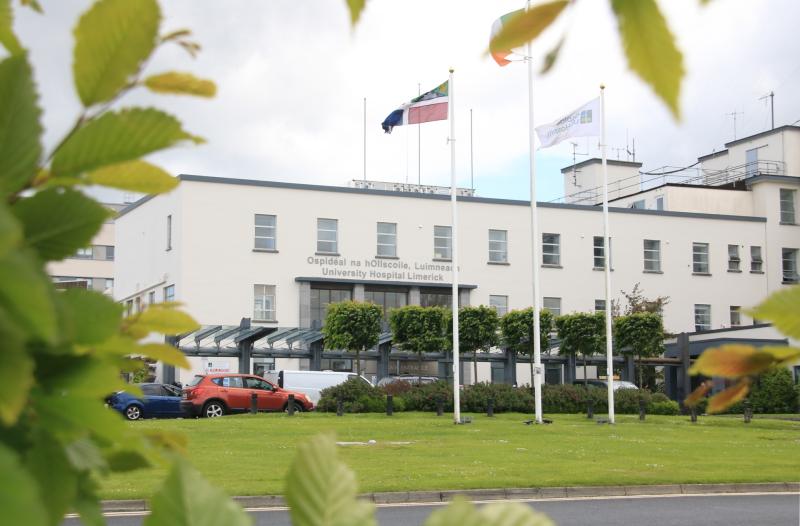 Fourteen consultants at UHL signed the letter which was sent to Colette Cowan, CEO of UL Hospitals

FOURTEEN consultants at University Hospital Limerick have written to the CEO UL Hospitals to voice their 'deep concern' about patient safety for patients attending the emergency department.

The letter, which has been seen by Limerick Live, was sent to Colette Cowan in mid-June and a copy has since been forwarded to the Health Minister, Stephen Donnelly, by Clare TD Michael McNamara.

He has called on the Taoiseach and Minister Donnelly to ensure that immediate measures are taken to address the capacity issues at University Hospital Limerick - particular before the upcoming winter season.

In their letter, the fourteen consultants say urgent action is needed to ease the “inordinate pressure” being put on junior doctors at UHL to maintain acceptable clinical standards.

"We would ask that you address as a matter of urgency emergency access to the hospital by way of revamped referral processes and a public campaign directed to both patients and general practitioners as to how to access emergency services and when it is appropriate to do so," states the letter.

The letter adds that confidence in management structures at University Hospital Limerick "has been severely eroded over the past six to eight months" and that strenuous efforts are needed to restore it.

The consultants also raise concerns about the impact that recent developments have had on the reputation of University Hospital Limerick.

Deputy McNamara says the contents of the consultant's letter shows the need for immediate action at the highest levels of government.

"I'm not asking him (the Taoiseach) to run the hospital but I am asking him to ensure that a management system is in place that is capable of delivering a safe healthcare system and that there is sufficient capacity to deliver that - that is what goivernment's do around healthcare," he told Limerick Live.