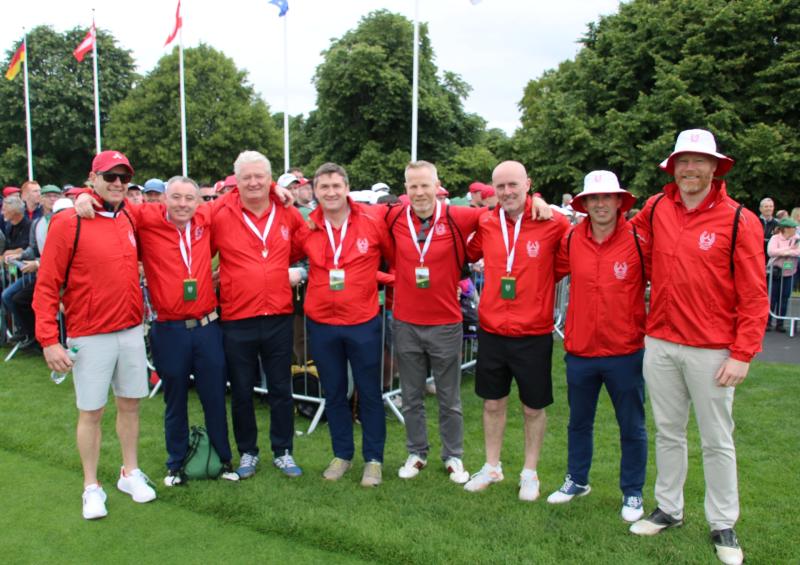 Just some of the 1,000 volunteers who made the JP McManus Pro-Am possible | PICTURE: Adrian Butler

TEAM Limerick was a resounding success as more than 1,000 volunteers lined out for their county at the JP McManus Pro-Am tournament.

Mayor of Limerick Daniel Butler thanked volunteers for being out there and active at Adare Manor from the early hours of the morning on both Monday, July 4 and Tuesday, July 5.

“The amount of volunteers is incredible. It is one thing we do very well here in Limerick. We work very hard and come together as a team. Team Limerick is in operation,” he told Limerick Live.

He added that the county “pulls together” well with a deep understanding of big events, showing that characteristic warmth through hospitality or simply offering a passerby directions.

David O’ Brien, volunteer and Communications Lead with St John’s Ambulance in Limerick was one of several hundred on standby at the Pro-Am to provide medical cover and aid to close to 50,000 people per day.

“This has been in action since 2020. We have been planning this all along through weekly and monthly meetings. It’s great to see it all come together,” he said.

Cllr Bridie Collins and Cllr Kevin Sheahan, both elected members of the Adare/Rathkeale Municipal District thanked the Limerick volunteer force from “all directions of the county.”

It has achieved ISO accreditation for being the first sustainable golf event across the world, thanks to the tremendous effort of Limerick-based volunteers, Bridie informed.

The winning professional was Xander Schauffele, who shot a two-under-par on Tuesday following a course record, 64, on Monday.

Around 40,000 people attended each of the two days and tens of millions of euro has been raised for charities in Limerick and across the Mid West.