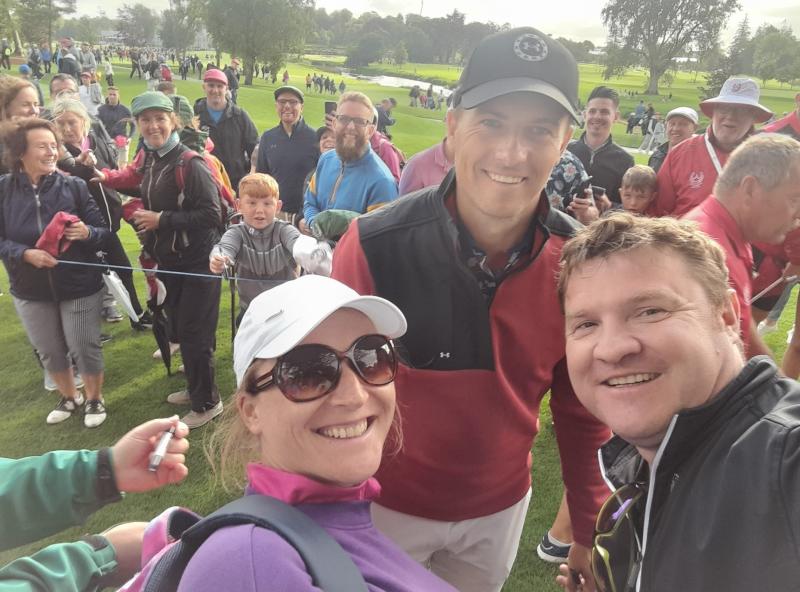 Golf mad Ollie and Fran Fogarty travelled from Dublin to Adare to follow some of the best golfers in the world taking part in the JP McManus Pro-Am.

The couple are celebrating their 11th wedding anniversary today and managed to snag a selfie with Spieth as a special present.

The pair have travelled to golf tournaments all over Europe. Ollie was at the Irish Open at the weekend and they were both there to witness Shane Lowry win the Open at Portrush.

They are both big fans of Jordan's game although Fran admits she admires him for other reasons too!

The couple originally got tickets for the Pro-Am in 2019 when they planned to bring their newborn baby along however, they decided to leave their now three year-old off the course this time around.

The pair said they have had an amazing time so far at the event and even the fact that they had to camp due to hotel rooms being booked out didn't dampen their spirits.