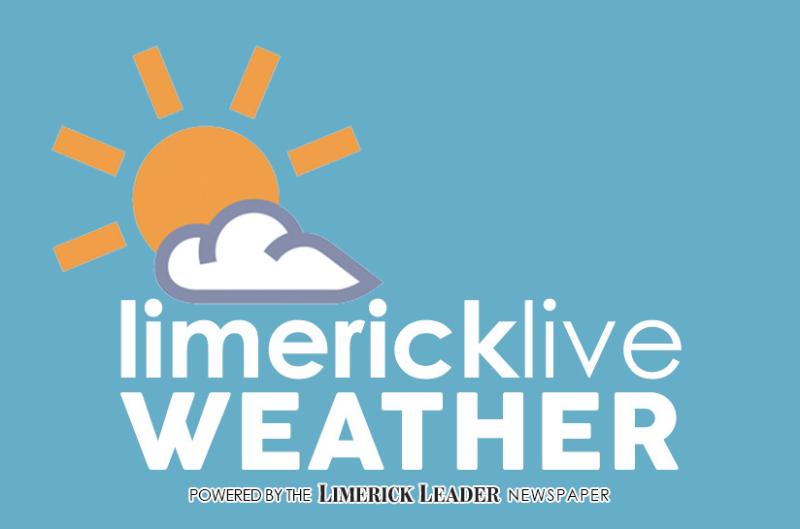 THE WARMER sunnier spell of weather hasn't come soon enough for the first day of the JP McManus Pro-Am in Adare Manor.

Today will be another rather cloudy day with patchy light rain or drizzle clearing during the morning, says Met Eireann.

The rest of the day will be mostly dry with just isolated showers and some bright or sunny spells developing. Highest temperatures will range from 16 to 19 degrees in moderate northwest winds.

Overview: High pressure will gradually build over Ireland. Rather cloudy early in the week with patchy rain or showers at times, especially in the west and north. Some sunshine further east and south. Becoming warmer and sunnier by the end of the week.

Monday night: Clear spells for many at first on Monday night but cloud will extend from the west overnight bringing scattered patches of rain or drizzle. Lowest temperatures of 10 to 13 degrees in a moderate westerly breeze.

Tuesday: Some sunny spells across the east and south of the country on Tuesday. However, in the west and north it will be mostly cloudy. Often dry during the day albeit with scattered light showers. Highest temperatures will range from 16 degrees in the northwest to 21 degrees in the southeast in a moderate westerly breeze. Mild and humid on Tuesday night with patchy rain spreading from the northwest, but with very little rainfall across the south of the country. Minimum temperatures of 12 to 15 degrees.

Wednesday: It looks set to be mostly cloudy on Wednesday with patchy rain across Connacht and Ulster. Across Leinster and Munster it will be largely dry with a few sunny intervals along with isolated showers. Highest temperatures of 17 to 22 degrees, warmest in the east and south of the country with moderate northwest breezes. Mild and humid overnight with patches of mist and drizzle. Lowest temperatures of 13 to 16 degrees in a light northwest breeze.

Thursday: Plenty of cloud around on Thursday but some sunny spells will develop. A generally dry day along with just isolated showers. However, towards evening, patchy rain will edge in across parts of the northwest. Maximum temperatures of 16 to 22 degrees, warmest in Leinster and east Munster. Humid and mostly cloudy overnight with patches of mist and drizzle. Lows of 12 to 15 degrees.

Friday: Little change on Friday with lots of cloud and a few light showers. Highs of 16 to 21 degrees, again warmest in the southeast of the country.

Weekend: High pressure will become established over Ireland for the weekend bringing mostly dry weather with a mix of cloud and sunshine.