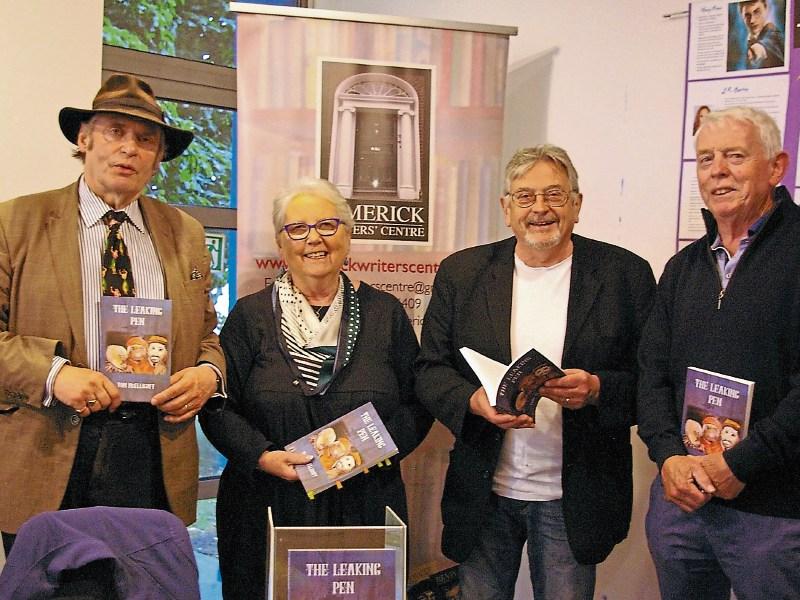 The Limerick Writers’ Centre recently celebrated their 129th book launch under their community publishing programme since 2003 with a new collection of short stories from local Dooradoyle writer Tom McElligott called The Leaking Pen.

The launch took place in the Dooradoyle Library at the Crescent Shopping Centre.

Speaking at the launch director of the centre Dominic Taylor said: “The demise of the paper book in favour of the e-book has long been predicted but publishers are still publishing paper books, booksellers are still selling paper books and libraries are still stocked with printed paper books. It goes to show that even though the technology of the book is old it still is, in many cases, cutting edge.”

The book was officially launched by creative writing tutor Madge O’Callaghan who praised “this marvellous achievement by Tom McElligott with his wonderful descriptions and turn of phrase in his work.”

The launch was attended by over fifty people with many old colleagues of Tom’s from his Post Office days. The book is available to purchase from O’Mahony’s Bookshop in Limerick and online.