Photographer Ita West was at the retirement party of GVM Group CEO PJ Buckley in the Castle Oaks House Hotel in Castleconnell - For more pictures, click next 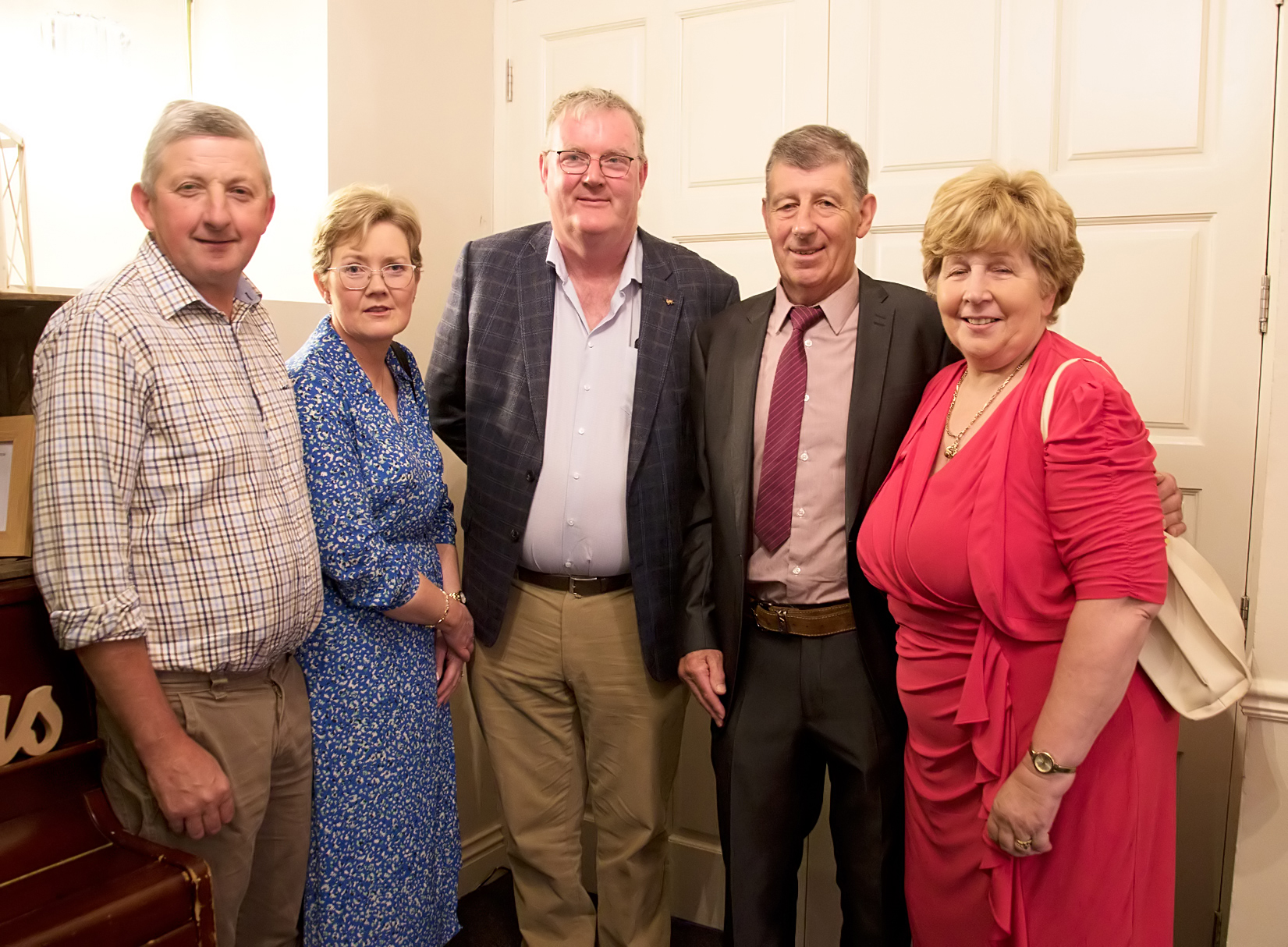 When PJ Buckley took over as chief executive of GVM Group in 2000, the society’s net assets were €5m.

Now as he retires in his native place of Grenagh, Co Cork, there is net assets of €29 million and strong profits.

“I am proud of the way that the society is today. I am proud that we managed to launch the 60-year history which we did in 2017. I think it was an important and fitting tribute to all those, particularly in the early years, who worked to get the society on the road.

“I am proud of the enormous investment in marts over the last number of years. I am particularly glad that we modernised our offices and also built our central area in Kilmallock,” said Mr Buckely, who doesn’t shy away from when things didn’t go according to plan.

He joined GVM in 1992 as financial controller. When he succeeded Tom Nelligan as CEO in 2000 the society was involved in marts, property auctioneering, an investment in Limerick Radio and NCT centres. Mr Buckley felt that the society had to continue expanding and diversifying.

“We commenced livestock exporting to Italy and Spain in 1999. For a number of reasons, it wasn’t a success, it lost money and it cost me a lot of hassle and grey hair for a long number of years. It wasn’t a great start,” said Mr Buckley, who is married to Kathleen and they have two children - Christopher and Aileen.

The company GVM Exports went into liquidation and the liquidator appointed was Willie Carey. Despite the setback, diversification plans continued – investment in Shannon, property offices in Rathkeale and Cork city, planning application for housing in Kilmallock, for a commercial centre in Rathkeale, wind energy.

“As we know, one can have all the plans in the world but while one is busy making plans, something else can jump up to bite you. One such thing was foot and mouth in 2001 where marts were closed for four months and cost us €700,000.” In 2004, there was a kitty of around €2 million from selling the land with planning in Kilmallock and a share in Limerick Radio.

“We were hearing about great returns in Poland and David Naughton who was vice-chairman and also a member of Limerick County Council had some connections in Poland. I mentioned it to Willie Carey, who I had got to know quite well from the liquidation of GVM Exports, and Willie put us in touch with E&Y in Poland and its property director Jim Foley. We told Jim that we had €2m to invest. We ended up buying a property for €9m – our Decathlon building which we still have, and which has been a great success.”

Neighbouring Germany was next. Within two years they had purchased €30m of property in a number of cities. It was quite a jump from the original plan to purchase €2m worth of property in Poland.

“And then in 2008/2009, another of those unplanned events jumps up to bite you – the financial crash. It wasn’t a good time to be heavily borrowed, particularly when your bank – AIB at the time was scampering for money wherever it could get it. There followed a pretty difficult and stressful couple of years. During this time, we had to listen to malicious rumours that our cheques might not be honoured. I had to go on the rostrum in Kilmallock to assure farmers that they would be paid for their cattle.

“In those two years, we closed our mart in Rathkeale and sold all of our property there and also sold our mart in Sixmilebridge. We eventually sold our wind energy in 2011 and got the bank off our back.” As part of this rationalisation, he went down the yard in Kilmallock and played an active part in the management of the mart. Mr Buckely gave a superb speech at his retirement party in the Castle Oaks House Hotel. He mentioned many people that he worked with over the years which I won’t repeat for fear of missing someone but as the saying goes they know who they are.

Mr Buckley is also fond of sayings and quotations and has tried to follow the motto of Horace Plunkett, co-op movement founder, “The work of tomorrow will largely consist of the impossible of today”.

“It hasn’t been easy. The society has changed enormously over the past 22 years. Change is not easy; it was difficult for everyone, but I don’t regret a thing. I regret that some things did not work out as planned but you will not ever get it 100% right.”