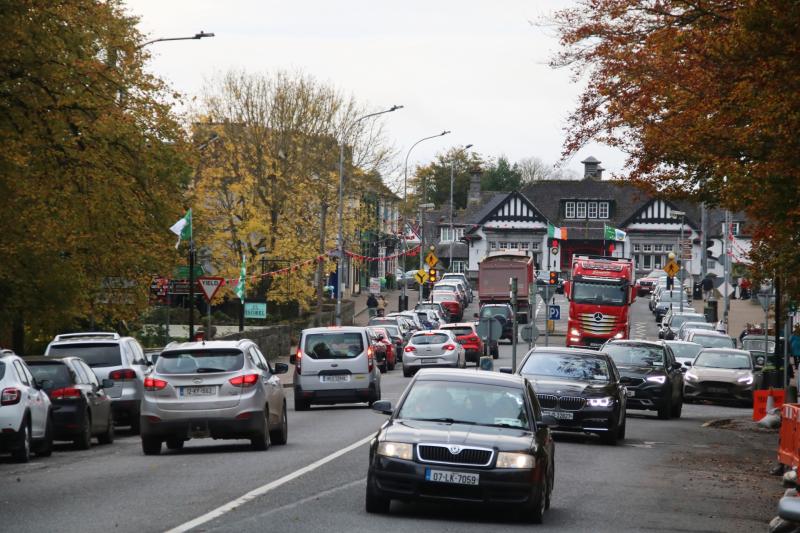 Traffic has long been a problem in Adare village, particularly at peak times

AN BORD Pleanála has confirmed a decision on the proposed new road from Limerick to Foynes, including a bypass of Adare has once again been postponed again.

A decision was expected on the multi-million euro project by the end of May and most-recently this Thursday.

However, according to an update posted on the An Bord Pleanála website, a decision is not now due to be made until August 15.

No reason has been given for the latest delay which has angered councillors.

Earlier this month, the lack of a decision was raised at a meeting of the Adare/Rathkeale Municipal District with members expressing their anger and frustration.

Proposing a motion of no confidence in the Board, Cllr Adam Teskey said the lack of progress is a disgrace.

Cllr Bridie Collins, who lives in the centre of Adare, supported the motion saying she has concerns the project will never proceed.

“It’s aberrant that we are not a priority for them,” she said.

Cllr Kevin Sheahan, agreed with his party colleague saying he too does not believe the project will proceed. “There was great dancing and hoo-ha about it when they were trying to decide on the route and all of a sudden it has been laid to rest - is it dead or is ill I don’t know?”

Cllr Emmett O’Brien, who seconded the motion, said he’s not surprised by the lack of progress. “We are living in a country where we are led by the nose by the Green Party and it is blatantly obvious that there is political inertia in this government, and in the Green Party in particular, to progress any new road schemes.”

The proposed road involves a new motorway running from Barnakyle, Patrickswell to north of Rathkeale, by-passing Adare, and continuing as a dual carriageway from Rathkeale to Foynes.