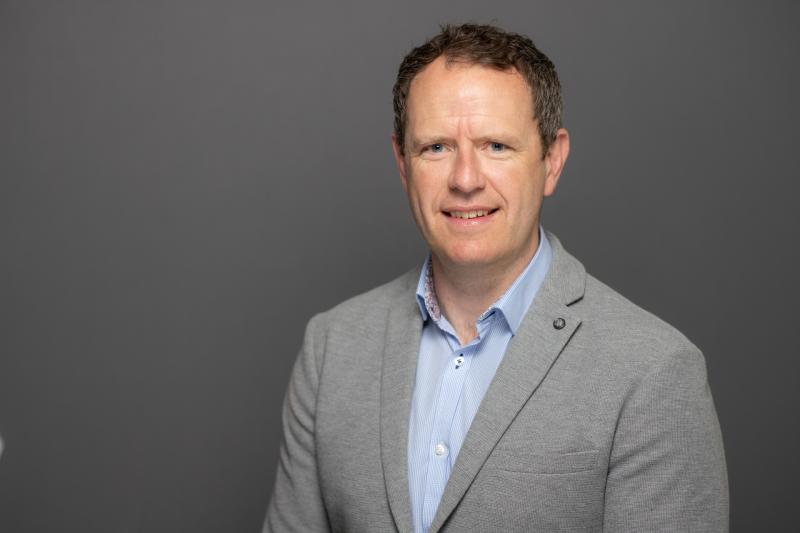 A LIMERICK native has been appointed to a key role at Inis Offshore Wind, the Irish offshore wind development business backed by the Temporis Aurora Fund.

Mark Connolly, who was previously part of the business development team at Shannon Foynes Company, has taken up a role  as Community Liaison Manager, to help lead its programme of public consultation and stakeholder engagement.

Mr Connolly, who is from Adare, has worked for over 18 years in various disciplines including high volume manufacturing, process engineering, facilities services industry and the shipping industry.

He holds a Master of Science in Project Management and is well-known in sporting circles from representing Limerick GAA at underage and Munster in rugby.

Inis Offshore Wind has identified five potential project sites off the Irish coast - including one off the South coast and two each off the East and West coasts - with plans to develop at least 1GW of offshore wind capacity by 2030, which would constitute a significant contribution to Ireland’s offshore wind targets and provide enough electricity to power up to 1 million homes.

Speaking following his appointment, Mark Connolly said; “I am excited to be joining the growing team at Inis Offshore Wind and have been very impressed with the level of community engagement already established. With the experience of the team that’s here and the backing of the Temporis Aurora Fund and its strategic investor, ISIF, there is significant long-term support for the company’s goals and objectives, with the Irish State having a direct stake in the success of Inis Offshore Wind.”

Head of Inis Offshore Wind, Vanessa O’Connell, added: “We are delighted that Mark has joined us. He brings a wealth of experience and will add to the positive engagements we’ve already had with various stakeholders as we look forward to progressing on those conversations with the people who live and work in our coastal communities. It is a crucial period for this new and emerging industrial sector, and we need to make sure there is clear and comprehensive consultation with the relevant communities in this combined effort to move towards a renewable energy future.”

Austin Coughlan, Head of the Temporis Aurora Fund, said: “Mark is a great addition to the team as we expand our level of public consultation and engagement with key community stakeholders. Inis Offshore Wind provides a direct benefit to the people of Ireland through the investment of the Temporis Aurora Fund and the Ireland Strategic Investment Fund, and we are working with all stakeholders of the Irish offshore community to deliver a new green industry for Ireland with substantial job creation across the country aligned with Ireland’s pathway to Net Zero.”