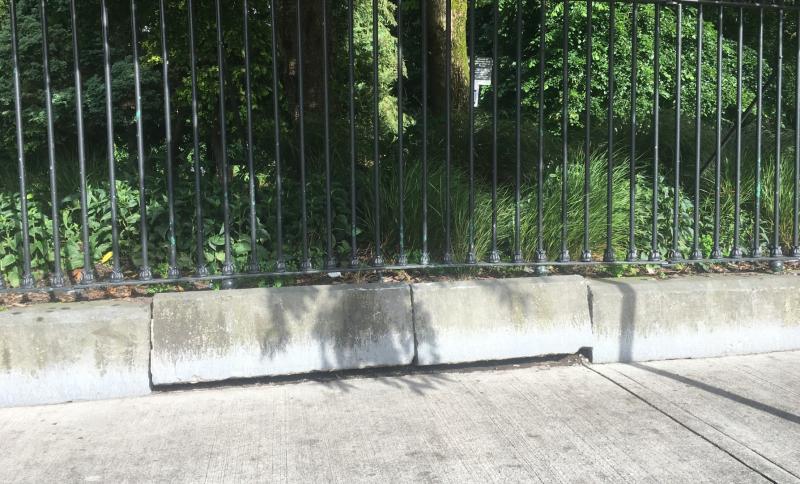 A CAR mounted the footpath and crashed into the railings of the People's Park in Limerick city, narrowly missing a pedestrian.

Gardai attended the scene of the single vehicle collision which occurred at the Lord Edward Street side of the park on Tuesday morning at around 7.30am.

One eye witness contacted Limerick Live to say a pedestrian had a "very narrow escape".

"The car was coming from the Carey's Road side. They lost control coming around the corner onto Lord Edward Street, jumped the footpath and smashed straight into the railings. It is right beside where there is one of the gaps to get into the park. It was an elderly lady driving.

"There was a person walking on the footpath just before where it happened. If they left their house a few seconds earlier they would have been rammed up against the wall," said the witness.

Damage to the concrete slabs and paint on the railings from the impact can be seen.

Gardai and an ambulance attended. It is understood the driver did not suffer serious injuries but was very shaken.

Separately, later that Tuesday, gardaí attended the scene of a two vehicle road traffic incident on nearby Wolfe Tone Street at 2pm. No injuries have been reported.