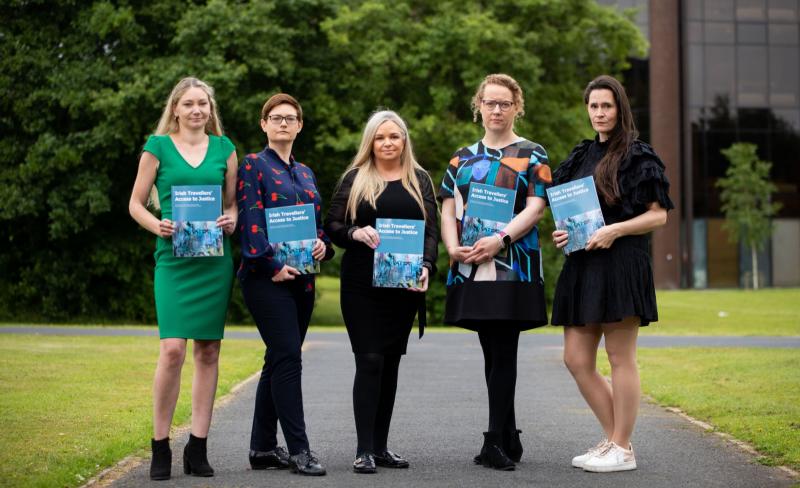 LIMERICK-based researchers have broken new ground, examining for the first time the relationship between Travellers and the Irish criminal justice system.

The research documents for the first time Travellers’ perceptions and experiences of the criminal justice process in Ireland, particularly with the judiciary and An Garda Síochána.

The Irish Travellers’ Access to Justice (ITAJ) report by the research team at University of Limerick was officially launched on Thursday, June 23.

The research finds that Travellers’ trust in the Irish criminal justice system is extremely low.

Professor Amanda Haynes, Department of Sociology, UL said: “To be able to use the legal process to protect your rights, you must first trust that system enough to engage with it.”

In the course of conducting the 18 months of study, the UL researchers spoke with one in every 100 Travellers in Ireland from 25 of the 26 counties.

The research findings reflect a need for radical changes in the way in which criminal justice institutions engage with, perceive, and address Travellers.

It highlights fears of wrongful arrest, excessive use of force, wrongful conviction, disproportionately high sentences and wrongful imprisonment as key convers of the Travelling community.

The study found that the levels of trust that Travellers have in the gardaí is approximately half that of the general population.

Dr Sindy Joyce, Lecturer in Traveller Studies in UL’s Department of Sociology said she was “not surprised” at the results of the research.

She stressed that these Traveller’s experiences and perceptions of the criminal justice process are unequivocally linked to their identity as a “traditionally nomadic community.”

Drawing on the findings, the research makes extensive evidence-based recommendations.

The introduction of an ethnic identifier throughout the criminal process from the point of reporting to the point of sentencing, as well as a criminal justice strategy for the Traveller community.

It also called for the establishment of an independent complaints body with no ties to any of the criminal justice agencies.

“This report needs to be read and shared widely and to be used as an evidential grounding for reforms, to make our criminal justice system accessible by all.”