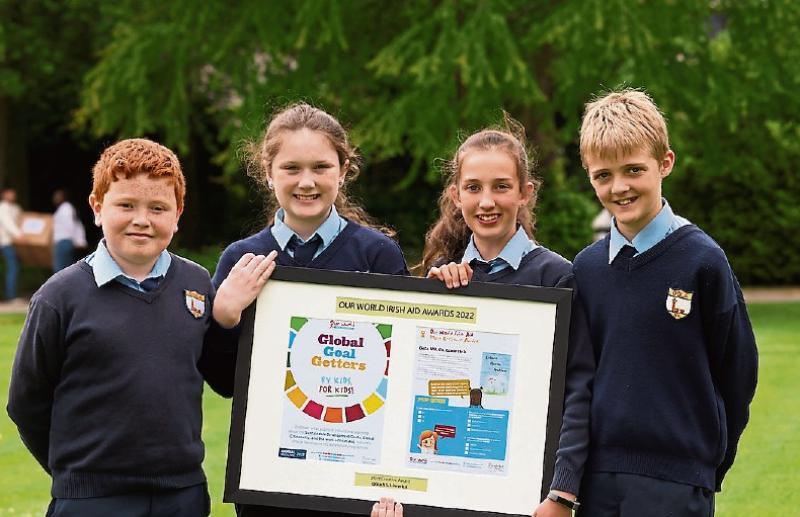 The Minister for Overseas Development Aid and Diaspora, Colm Brophy TD has announced Oola National School as the winner of the prestigious Our World Irish Aid Most Creative Award.

The 5th and 6th pupils won the prize for a thought-provoking book and online e-book written and illustrated by the class and their teacher Maria Carrie. It tells the story of Cróga, an elephant from Sri Lanka and follows her as she navigates issues of deforestation, fire and plastic, before making her home in Dublin Zoo.

The announcement was made at an in-person ceremony held at Farmleigh House and attended by pupils and teachers from 15 schools around the country.

The winning submission from Oola National School, along with the projects created by the 14 other finalists, will be featured in a special print edition of the Our World Irish Aid Awards Global Goal Getters magazine which will be distributed nationwide.