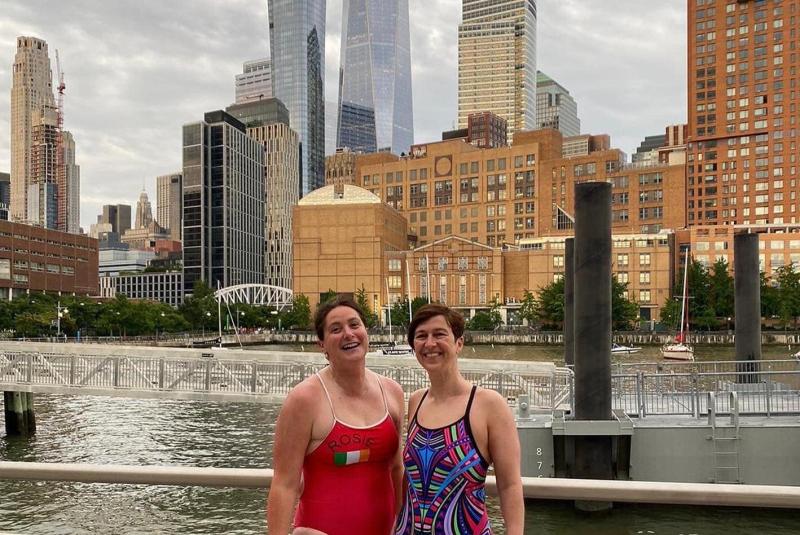 WHEN MOST of us visit New York we go sightseeing in Manhattan but Rosie Foley went swimming around it.

It was one of a number of challenges Rosie and her sister Orla have completed in memory of their late and great brother Anthony Foley and to raise money for three charities.

Rosie, of Killaloe, circumnavigated the Big Apple in her Munster inspired red togs with FOLEY 8 on the back and an Irish flag on the front. She and her best friend Andrea Newport swam together in tandem under all 20 bridges around Manhattan Island. The total distance they completed was 28.5 miles in eight hours and 28 minutes.

After Rosie climbed out of the water she said felt "privileged" to be able to do the swim and "a little emotional". 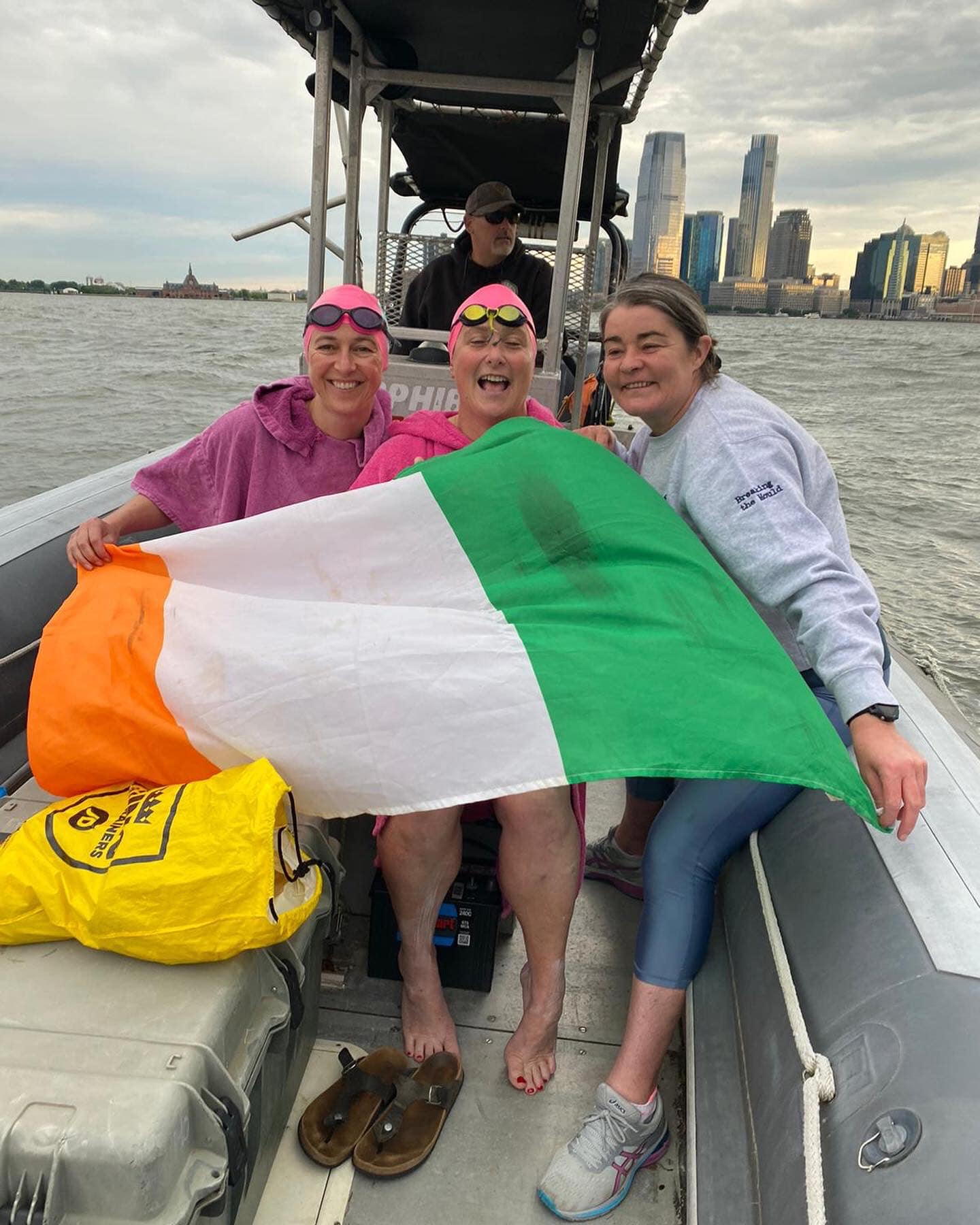 To make sure Rosie and Andrea were safe in the busy waters they were accompanied by another close friend Fionnuala Walsh on one of three support boats (pictured above). There was also a kayaker beside them, all from New York Open Water. They also had plenty of support on dry land.

"My husband Pat, who was born in New York, and three children Oisin, Brendan and Siofra plus Andrea’s partner Alex were on land," said Rosie.

It is a far cry from the 1990s when Rosie was an excellent instructor in the now closed St Enda’s swimming pool in the city. Many will recall Rosie teaching them to swim.

"I loved St Enda’s. I worked there for nearly five years and met fantastic people," said Rosie, who is no newcomer to swimming long distances.

She has previously swam solo across English Channel, 38km of Lough Derg, Straits of Gibraltar, around Cork City and across Galway and Tralee Bays to name a few of her previous exploits.

Her sister started Orla’s Wild Ways iDonate page in memory of Anthony Foley. It began due to the pandemic when Orla’s weekends were a lot quieter than normal. To date she has cycled the Wild Atlantic Way, the rest of the Irish Coast and across France. Orla said there is a huge emphasis on "wellbeing and taking the time to savour beautiful scenery".

The three charities Rosie and Orla are fundraising for are the Mid-Western Cancer Foundation, CARI and CRY Cardiac Risk in the Young. The latter is especially close to their hearts following the death of the Ireland, Munster and Shannon great at just 42.

To date just over €30,000 has been raised. To donate please click here