End of an era for school as Brother Billy Ryan retires 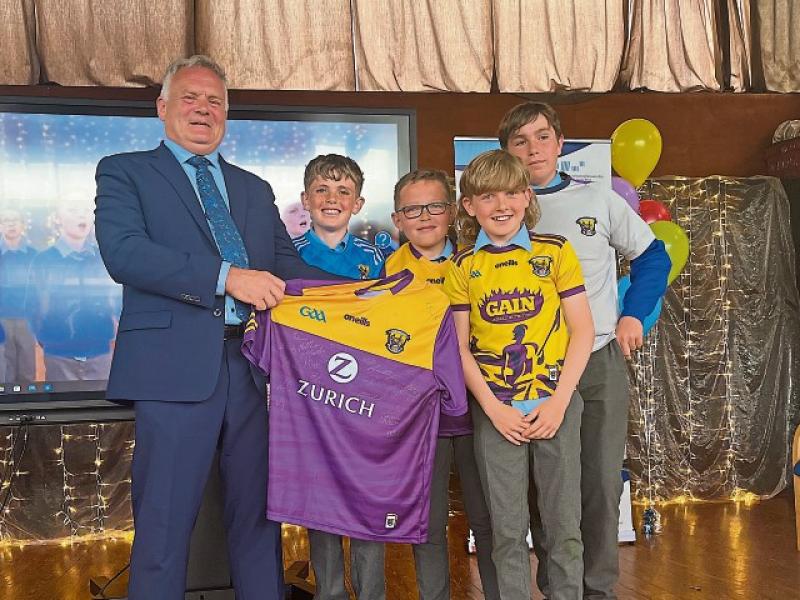 FOR THE first time in 156 years there will be no Christian Brother teaching in Charleville. Br Billy Ryan is set to retire this Thursday after 22 years in Charleville CBS Primary School. The religious order established a primary and secondary school in the town in 1866.

Br Ryan’s retirement leaves just two full-time teaching Christian Brothers in Ireland. Br Donal Healy, from Bilboa, Cappamore, who works in Ennis and Br Eamon Kinsella in Enniscorthy. Back in the 1960s there were around 1,200 Christian Brothers teaching in the country.

A Mass of thanksgiving was celebrated by Canon Sean Cotter and Canon Donal O’Mahony in the school on Friday. Afterwards there were presentations to Br Ryan, including a Wexford jersey by pupils. Br Ryan, who hails from Enniscorthy, wore the jersey when he went to the Wexford-Clare match on Sunday. His nephew Liam Ryan was playing full-back. Indeed, Br Ryan’s father, Tom, won two All-Irelands. But now Br Ryan resides in the home of the All-Ireland champions on the North Circular Road in the city.

Prior to Charleville, he taught in Sexton Street and St Senan’s in Limerick city, Greystones, Carlow and was principal in Blarney Street, Cork and Doon in his 40 year career. Coincidentally, his successor in Doon CBS was Br James Dormer who was the last Christian Brother teaching in County Limerick when he retired in 2016.

Michael O’Sullivan, principal of Charleville CBS, said Br Ryan’s retirement marks the end of an era for the school that spans 156 years. Br Ryan was appointed the Traveller support teacher in 2000, a role he “embraced fully”.

“Billy always wants what is best for the children. He looks out for those who may be marginalised in any way in society and ensures that all children are welcome to attend our school. After all isn’t that why the Christian Brothers established our school all those years ago?” said Mr O’Sullivan. The bell might be tolling on his teaching career but it also might not be tolling in September as Br Ryan is the only one who can fix it!

“Billy is such a humble man. He represents so much of what a Christian brother is. Billy, you leave such a positive legacy and lasting impression on behalf of the Christian Brothers on our school and on our town,” said Mr O’Sullivan. Br Ryan was as popular with the pupils as he is with staff and parents.

“As one of our colleagues recently said, ‘Ronaldo wouldn’t get the same reaction’ as you do on the corridors. The boys talk so fondly about you and enjoy your craic and wit. They too will miss you dearly.”