Online a 'buzz' with disgust as swarm of Limerick bees ‘murdered’ 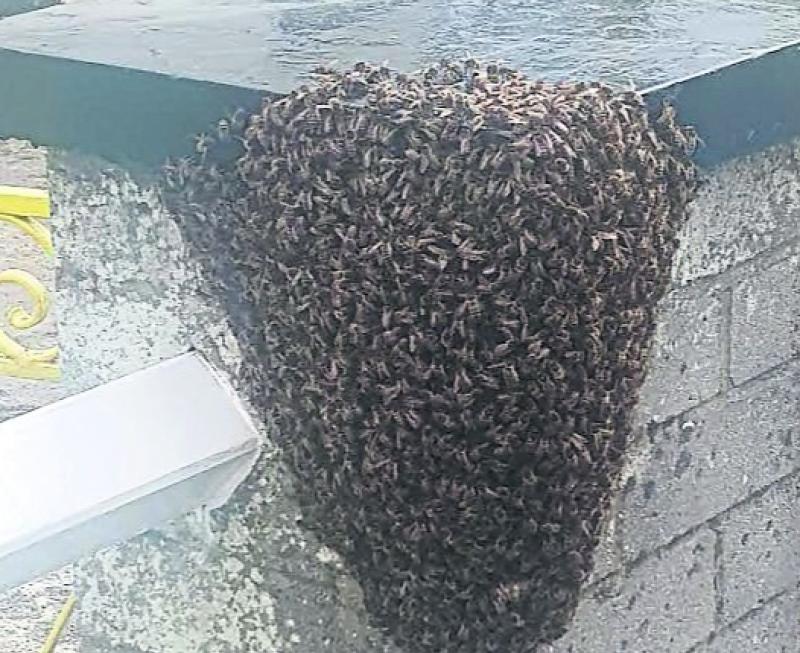 OUTRAGE sparked after a swarm of native Irish bees were “senselessly murdered” in Limerick city, writes Cian Ó Broin.
The incident, which occurred on Tuesday, June 14, has gone down less than sweet with those who witnessed the reported murder online, drawing quite a few jarring comments.

“A person who lived on the street had noticed the bees on a pillar,” said Steve Gallagher, owner of Swarms.ie, a network of 800 beekeepers that deal with similar incidents nationwide.

Acting fast, Steve contacted a local beekeeper living in Limerick city, who set out to safely and effectively capture the bees, allowing them to get a new hive and habitat to develop in. Following procedure, the beekeeper rang ahead to ensure that everything was okay.

“It was at that point, when he rang the lady, that he was informed the bees were all dead,” Steve said, adding that they were killed by white powder, most likely wasp insecticide, frying their brains.
Between Tuesday and last Friday, Swarms.ie dealt with 100 similar cases, with at least half of those relating to swarms that had congregated inside people’s houses.

“These were in people’s sitting rooms or bedrooms and people still weren’t killing them. There was no need for the poison to be used on the swarm in Limerick city,” Steve added.
The solution was 20 minutes away, he stressed. Normal procedure involves a beekeeper capturing the bees within a small box, known as a nuke. This takes all of 15 minutes.

Swarming is how bees reproduce, whereby the colony splits in half, with one group staying in the hive while the other swarms, looking for a new spot.
In the process of swarming, they rest for a while, like on the pillar, before moving on to make a hive.
The Limerick Leader understands that the person who used the insecticide was not the same as the woman who reported the swarm.

The incident was not reported to any legal authority, Steve explained, as although bees are endangered, there is no legal standing for their protection.
“That was a pointless murder. For future incidents, it is important to keep your distance and contact a local beekeeper, who will happily help resolve the situation safely,” Steve concluded.