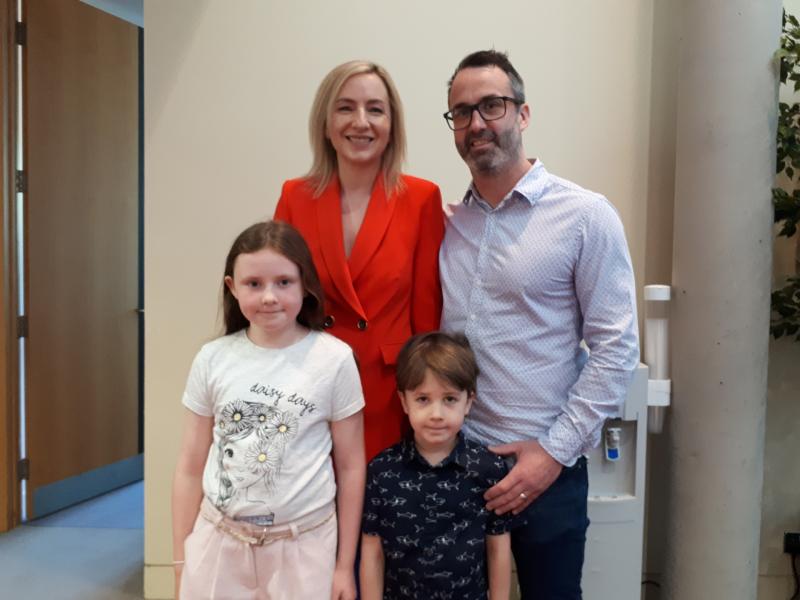 FINE Gael councillor Olivia O'Sullivan has been elected as the new chairperson of Limerick's metropolitan district.

The City North area member, who is a marketing and communications consultant by trade, secured the chain of office after winning 13 of the 20 votes available at the annual general meeting of the metropolitan district this Monday. The only absentee was Green councillor Sean Hartigan. Labour's three members, Cllrs Conor Sheehan, Joe Leddin and Ellena Secas all abstained.

It marks the third year in a row members of the metropolitan district have elected a woman to the top role, Cllr O'Sullivan following in the footsteps of Cllrs Catherine Slattery and Sarah Kiely.

#BREAKING: @oliviaos has been elected as new leader of Limerick's metropolitan district, securing 13 of the 20 votes available. She beat off challenge of @shrnbenson. Full story on @Limerick_Leader shortly. pic.twitter.com/pIoiKbhTHj

As well as Fianna Fail and Fine Gael, she won the backing of Independent councillors Fergus Kilcoyne and Frankie Daly.

At today's meeting, there was also a nomination for Sinn Fein councillor Sharon Benson, who was backed by her own party, Cllr Sasa Novak of the Green Party and Cllr Elisa O'Donovan, Social Democrats, who nominated her.

It's the second term the City West councillor has served as deputy - and interestingly, he was elected without being in the chamber, with members allowed to contribute to proceedings virtually.

Speaking upon taking the chain of office, Cllr O'Sullivan said she is "hugely honoured, and humbled, for myself and my family."

"I assure you I will serve the position to the best of my ability in the coming year," she added.

"Our city has faced its hurdles, and continues to work to overcome them, but we must endeavour to leave our city in a better place for the young people coming after us. Doing the right thing for the next generation, those not yet of voting age, must be considered in every decision we make as a council body," she said.

First elected to City North at the 2019 election, Cllr O'Sullivan is very active in the promotion of local food, festivals and events, Olivia has worked extensively in the cultural and tourism space.

She was joined in the chamber by her chidren Edon, 8, and Ollie, 5, who enjoyed the day off school, alongside her parents John and Kitty, brother Sean and family including niece Millie and her mother-in-law Eleanor.