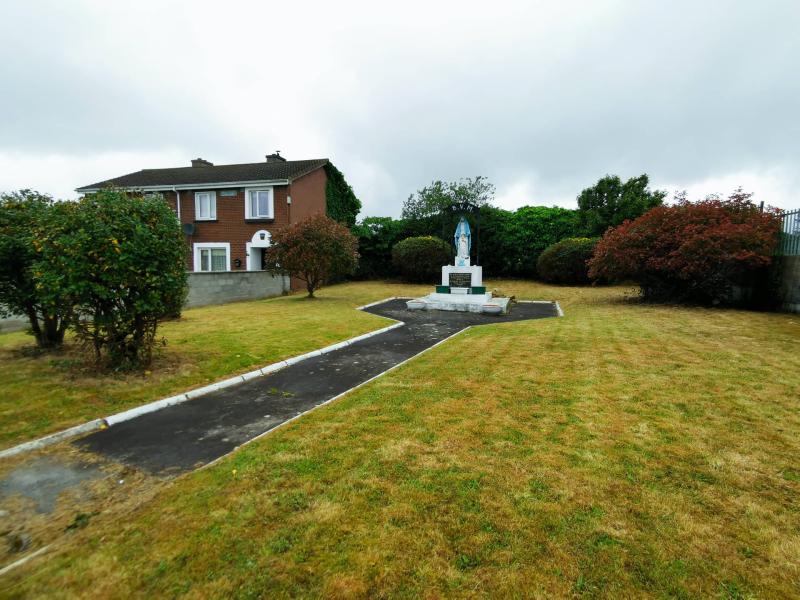 MOYROSS locals have staged a clean-up of a well-loved shrine dedicated to the children of the area who've sadly passed away.

Joan Casey visits the shrine near her home in Castle Park on a regular basis with her grandchildren and grew disillusioned after she said it had been "forgotten about and neglected" with the grass overgrown.

Following this, members of the community, in particular Christy and Stephen Williams, who neighbour the shrine, began to clean it up.

Another local, who asked not to be named, said after Joan approached him, he cut the trees and trimmed the grass "to bring some pride back to the shrine's appearance."

It's something Joan is delighted with, having led efforts to previously clean up the shrine when working with Fas in Sarsfield Gardens.

Below, the shrine as it appeared before the grass cutting and clean-up 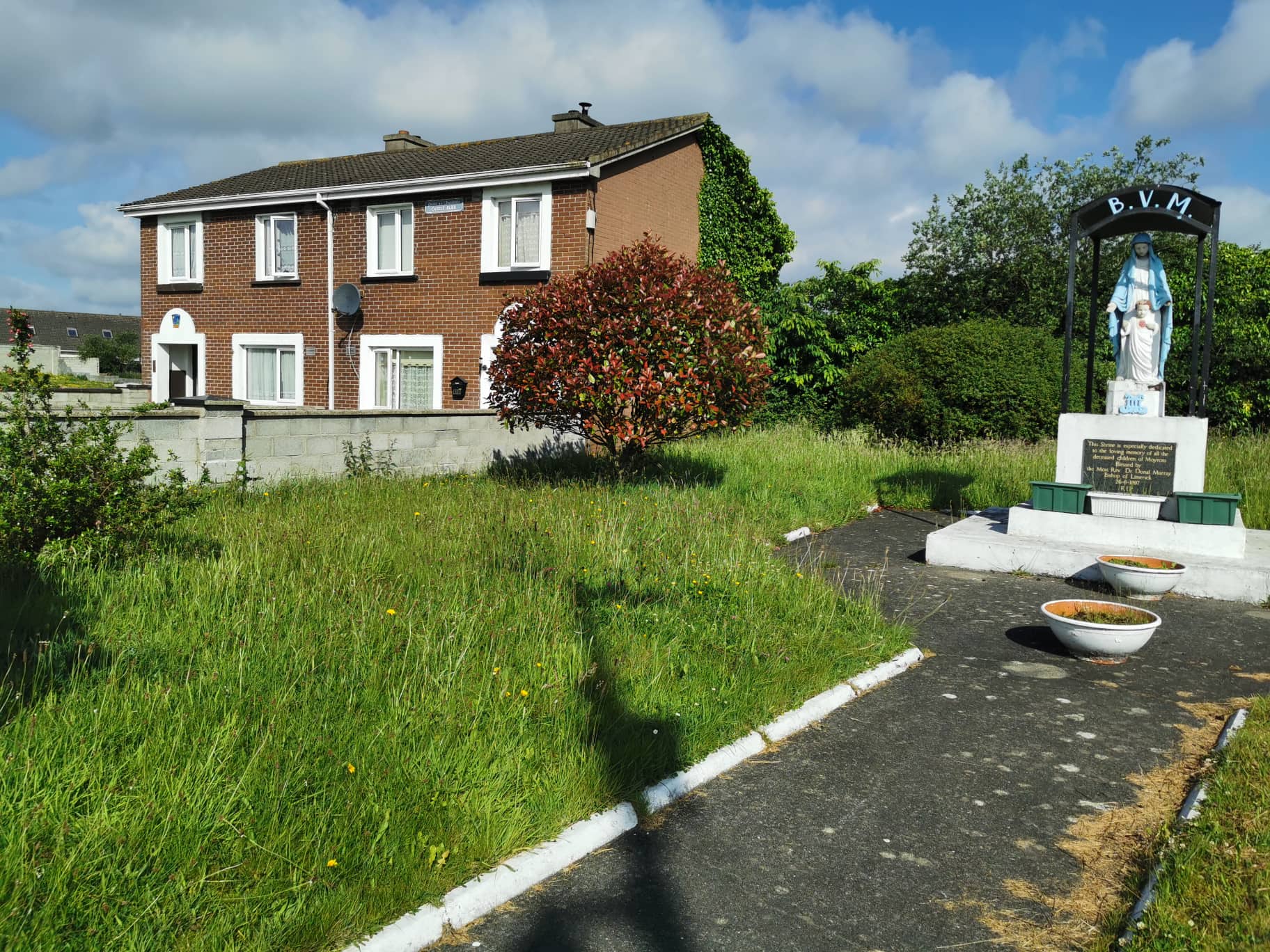 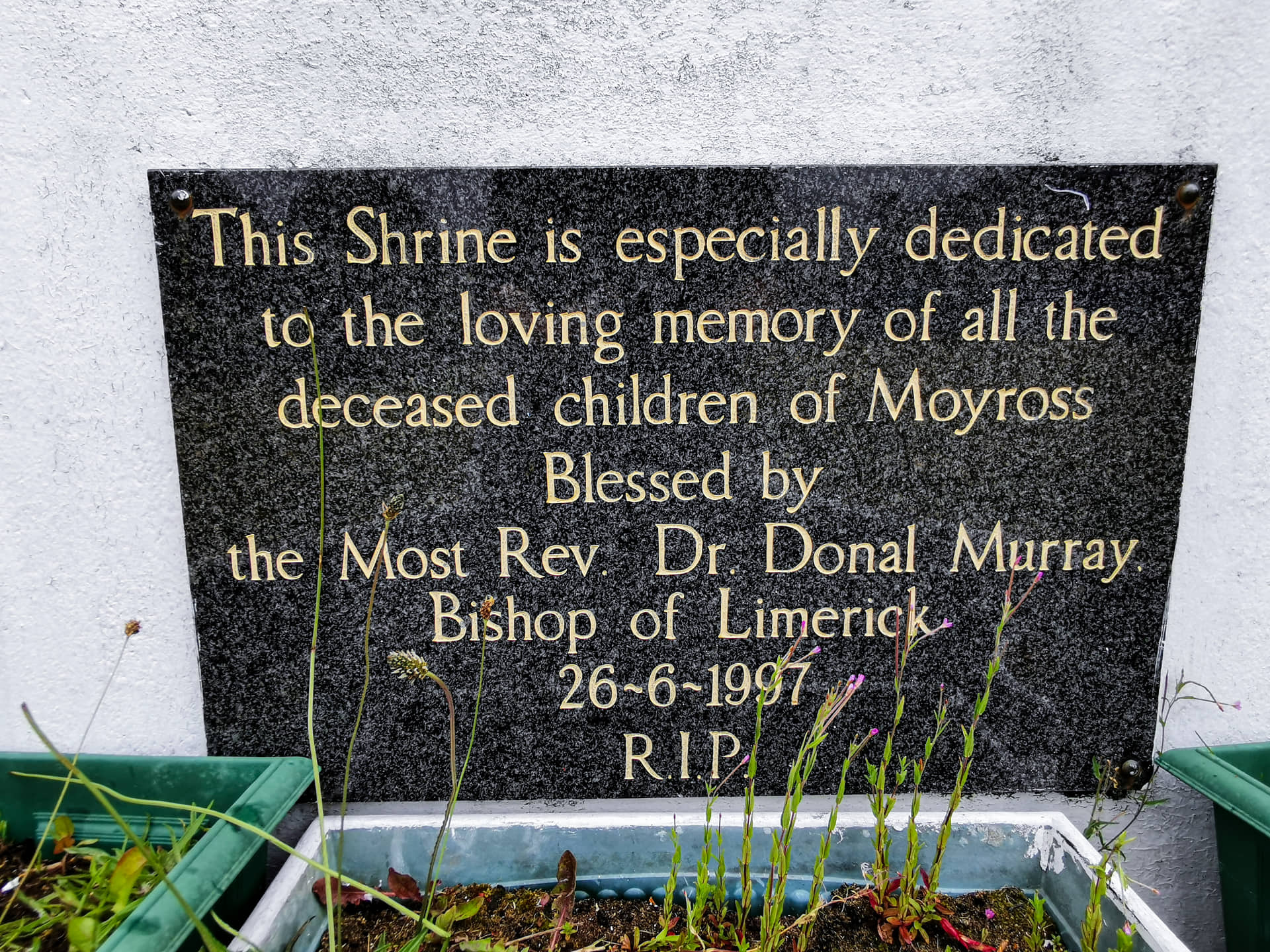 Above, a plaque at the shrine erected after Bishop Donal Murray blessed it 25 years ago this month

"We used to take care of the garden all the time. We used to clean up, and paint, and what not. Since Fas closed down, it's been neighbours who have maintained it. We have a great community here," she said.

"The shrine has been really looked after. I go up every day with my two grandkids. The little four-year-old puts his hands together and prays to Our Lady. My little granddaughter who is eight also religiously prays to Our Lady too," she added.

Joan also praised former Corpus Christi school principal Tiernan O'Neill for raising the issue with council in the hope of getting a full-scale clean-up of the shrine.

She believes funding is available to do this.