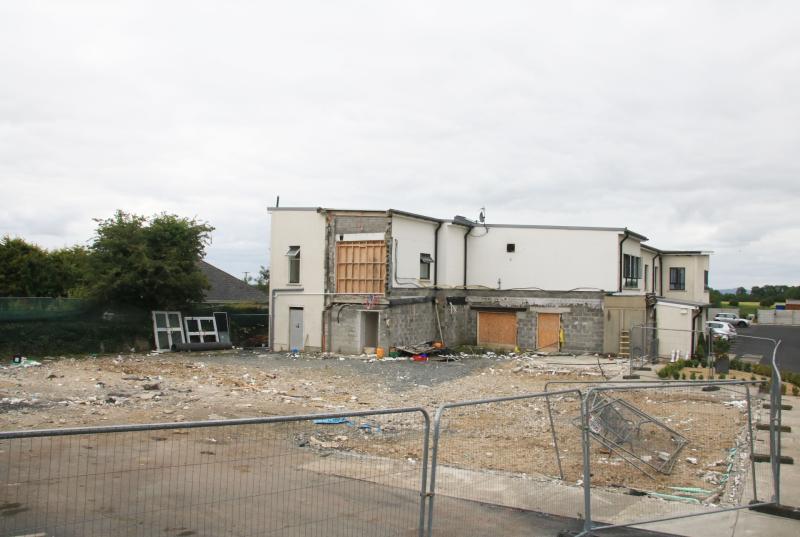 Authorities were contacted when materials from the old nursing home at Ard na Ri outside Bruff were moved to a field | PICTURE: Adrian Butler

AN INVESTIGATION is underway after materials from a demolished nursing home were transferred to a greenfield area outside a Limerick town.

Authorities were contacted when materials from the old nursing home at Ard na Ri outside Bruff were moved to a field - understood to be between Bruff and Kilmallock.

The Health Information and Quality Authority (HIQA) are conducting enquiries after they were alerted that medical records were possibly among the dumped materials.

Limerick City and County Council said: “We have been aware of an incident in County Limerick. An investigation is underway.”

The old nursing home building which was located on a site on the Limerick side of Bruff, close to Holycross, was recently demolished. It had been disused in recent years following the opening of a new state-of-the-art nursing home on the site.

HIQA have confirmed that they are aware of the incident and are liaising with the appropriate authorities as they conduct their enquiries.

Gardai are also aware of the matter. In response to a query from the Limerick Leader, a garda spokesperson said they are aware of the incident but, at this stage, it is a matter for the local authority and not An Garda Siochana.

In 2017, the home applied for planning permission to build a two-storey bedroom block at the rear of the nursing home. The application also included plans to make modifications to the existing nursing home and room layouts.

In response to a query from Limerick Live, a garda spokesperson said they are aware of the incident but, at this stage, it is a matter for the local authority and not An Garda Siochana.