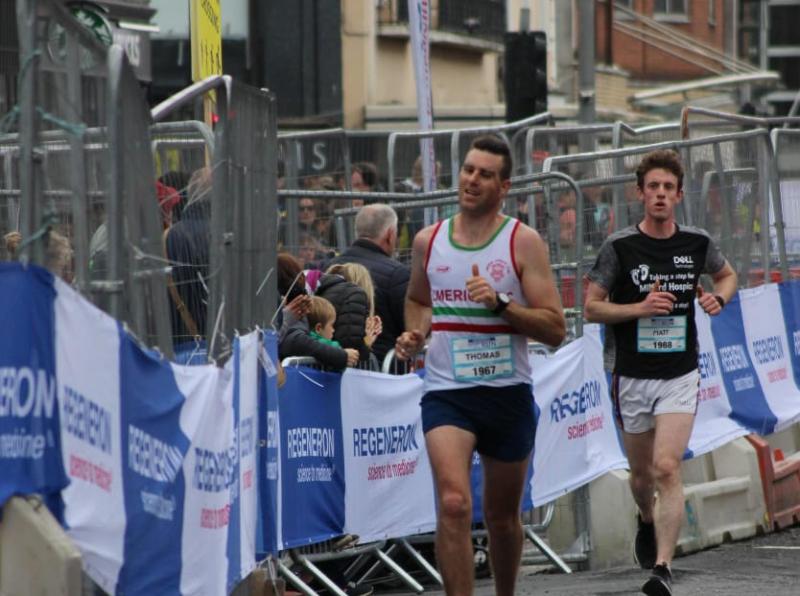 RUNNING a full marathon on its own is something most of us can only dream about.

But a Caherdavin man has clocked up an incredible 100 races in the space of 10 years.

After completing the Regeneron Great Limerick Run in May, Tom Shanahan joined the exclusive band of athletes who had registered 2,600 miles on the racetrack.

It was a case of coming full-circle for the father-of-one, after his maiden odyssey also took place right here in Limerick.

In Pictures: 30 of the best photographs from the Regeneron Great Limerick Run

Taking up the story of how he got in the fast lane back in 2012, Tom admitted a few beers had a part to play!

"We were out watching some boxing match on TV and having a few drinks at a friend's house, and one lad mentioned his brother had a ticket to enter the Great Limerick Run. At this stage, I had no intention of running any marathon! It was a bucket list item, something for maybe in my 30s or 40s, later on in life. But since he had a ticket, I just wanted to see if I could compete it," he explained.

"I thought if I could get over 13 miles, it'd be the most I'd run in my life, so I had nothing to lose. As the night went on, and the beer was flowing, the lads were putting bets on me," Tom laughed. 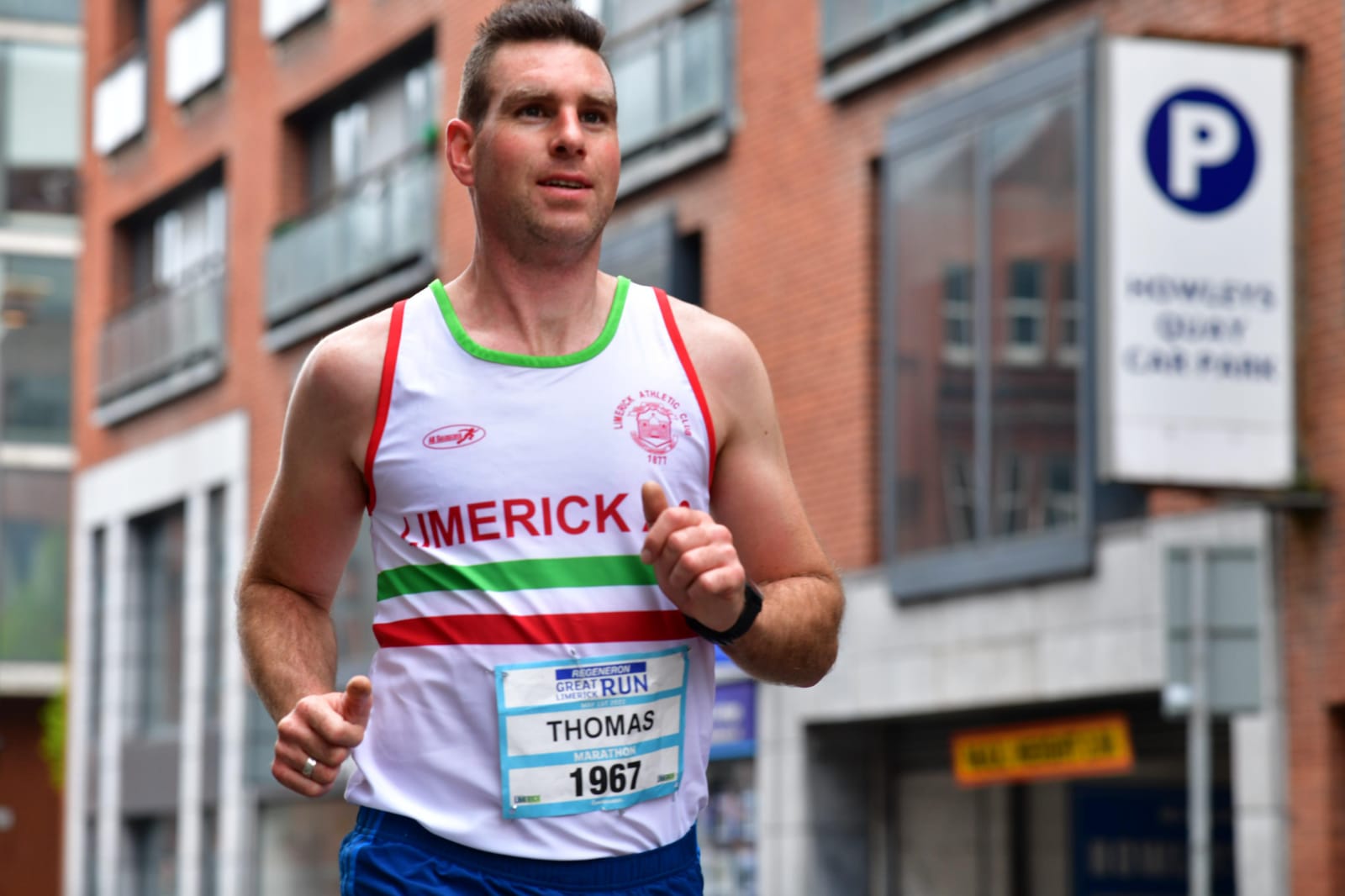 He won €100 by beating the time of his friend, who had previously entered the Great Limerick Run, by five minutes.

Having approached Limerick's annual marathon with less than 12 hours of notice, the genie was out of the bottle.

Not an emotional man by any stretch, Tom admitted he welled up at completing his first Great Limerick Run - and indeed his latest run earlier this year.

"It was such a buzz, and after that, I was hooked. I'd run marathons under other people's names, picking up tickets off Facebook. I'd jump at any opportunity," explained the 35-year-old.

Since his first run on Shannonside, Tom has run every Irish marathon, and subsequently set his sights further afield.

He said: "What I'd find myself doing is getting a Ryanair flight to some country. I'd look up marathons, and if I found one I thought I'd like, I'd look on Ryanair to see if I could get a flight. If I can get the two of them matching - a cheap flight, and a marathon I'd enjoy, I'd do that."

That strategy has led to him pounding the pavements at 12 resorts abroad, including at Munich in Germany, Santander and Barcelona in Spain, and in Israel, where he crossed the Sea of Galilee in sky-high temperatures.

Asked to pick his "ultimate running experience", he says it would be between two.

"There would be one where I flew to France, and thumbed my way down to the [Spanish] border and I ran the whole length of the Camino de Santiago. That was 730km and I ran that in 13 days. It was just spectacular and brilliant. Another I was at, was a world record event in Italy which saw 20 marathons in 10 days."

Based near Milan, Tom admits he ran the same six mile stretch 80 or 90 times.

"But it was stunning - you run beside a lake, and it's nice and shaded, despite the temperature being over 30 degrees at the time."

Prior to Limerick's hurlers winning their historic first All-Ireland title since 1973 in 2018, Tom wanted to mark the occasion himself.

"Some people painted [windows and pictures]. I immersed myself in running. I thought it was a cool idea just so I could look back in 30 or 40 years time when I am older to remember how big a deal it was for Limerick to win that All-Ireland after 45 years," he added.

Fortunately Tom, who took time out to rest and recover in Spain after reaching his tonne, secured a ticket for the showpiece, where Limerick of course beat Galway by a point.

"I only decided to run the Thursday evening prior to the Sunday. I left Thursday from the Gaelic Grounds, then I travelled from Nenagh to Portlaoise, and the final leg, Portlaoise to Croke Park, was a long long day," he revealed.

A lot of the battle, Tom says, is enjoying the races.

"There's no way to describe the feeling you get when you are on the last mile of a marathon you've run well in. It's addictive. When you're coming to the end of a marathon, and the last kilometre is people cheering, you can physically feel all the hairs on the back of your neck stand up, and your heartbeat races. Your legs are wrecked, but you get this superhuman surge which takes over your whole body," he said.

Tom's best time over 26 miles came in Kinvarra just before the first Covid-19 lockdown, but it is his home turf he loves the most, saying at the Great Limerick Run, he gets a boost seeing the support from neighbours, friends and other familiar faces.
As for his dream race?

"I'd love to do one of the big ones in the USA - maybe New York or Boston, they'd be very memorable," he concluded.