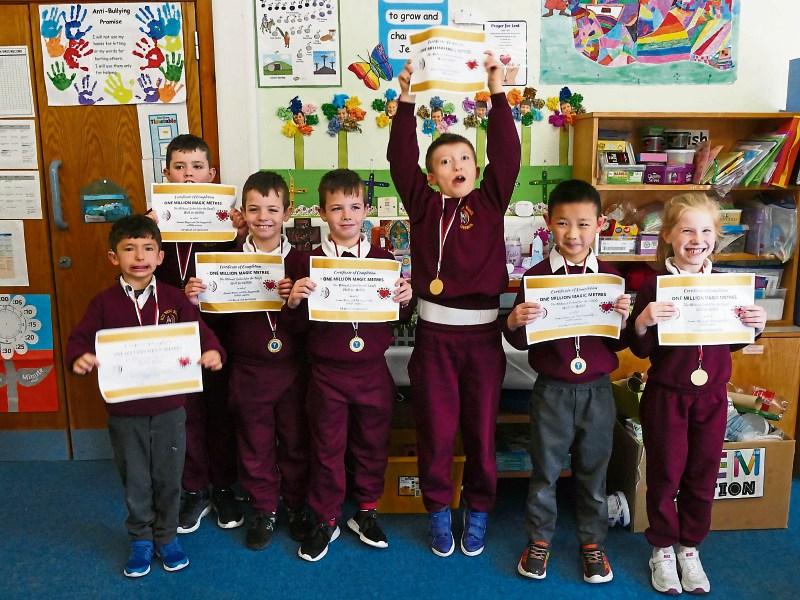 STUDENTS from a Limerick school have taken on a walking challenge to fundraise for two wildlife rescue centres.

Pupils from the Mid-West School for the Deaf along with the school community, collectively walked or ran a total of 1000km over 30 days.

Their One Million Magic Metres challenge was in aid of Animal Magic Rescue Centre in Kilmallock and The Hogsprickle Wildlife Carers in Clare which are causes close to the student's hearts.

They chose the centres after they cared for two animals that students and staff had rescued from their grounds, an injured seagull and an underweight hedgehog.

Teacher Sinéad O’ Mahony said the students wanted to raise money for the centres after receiving updates on the animals.

On day 30 of the challenge, the school community hit their million-metre target and had raised €1,520 to donate to the centres.

Much to the student's delight, owners from both centres as well as someone from Bat Rehabilitation Ireland visited the school with some of their animal friends.

Rosie from Animal Magic thanked the students for "helping us to help wildlife" and Bev from The Hogsprickle amazed the students when she told them it was the "largest amount of money" that had been raised for the rescue centre to date.

Students also gave some advice on how to look after animals including Anna Brennan from 5th class who said people should "feed seagulls tinned fish or dog food, definitely not bread, because it fills their bellies without giving them any nutrition".