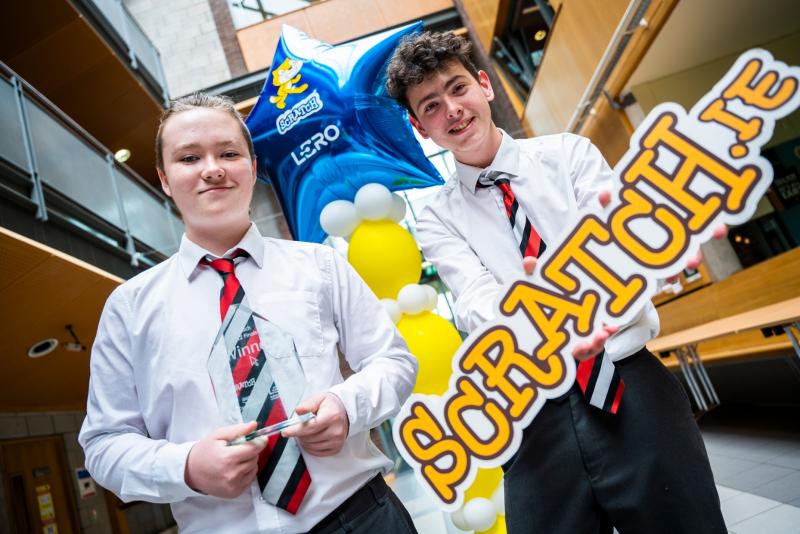 The National Scratch Coding Competition was held at the University of Limerick, bringing together the top scoring teams from all over the country.

Scratch is a visual programming language that makes it easy for young people to create their own interactive stories, animations, games, music, and art – and share their creations on the web.

Daithi McInerney and Rory Nestor from Colaiste Chiarain received the award for Best Animation for their project Farm Safety.

Leah O Sullivan, received the Special Achievement award for her project Fish Trap and Martin O’Driscoll received a Judges Award for his project Click the Watermelon both from Banogue N.S., Croom.

"We need to make sure that young people see the value and potential of technology and learn to own and control it.

"Some of the participants today may go on to be the IT professionals of tomorrow – but even if they don’t, we hope that taking part has helped them develop new skills and become empowered digital citizens.

"Congratulations not just to all the winners today, but to everyone who took part".