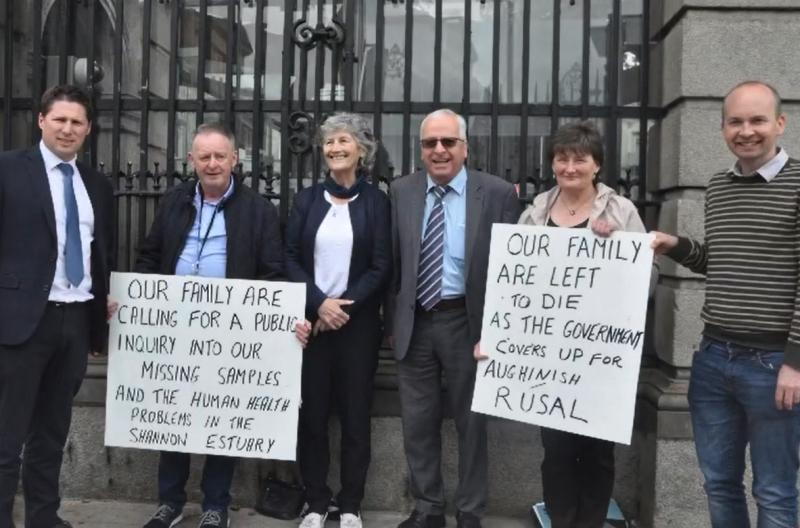 THE Taoiseach says any concerns about the health and environmental impact of the Aughinish Alumina plant in Askeaton should be examined by independent agencies “with expertise and competency” in the field.

Micheál Martin was speaking in the Dáil following calls for a public enquiry to be carried out.

People Before Profit – Solidarity TD Paul Murphy highlighted the ongoing campaign of Pat and Nuala Geoghegan whose farm is located adjacent to the Aughinish plant. His calls for a review were supported by a number of other TDs including Deputy Mattie McGrath and Deputy Matt Carthy.

“They (the Geoghegans) have raised serious questions over a previous investigation into this in the late 1990s, in particular highlighting 18 medical samples that mysteriously disappeared,” said Deputy Murphy who referenced an unpublished letter and notes from the IDA relating to a meeting the agency had with Aughinish over the concerns.

“They clearly show that the IDA, with absolutely no environmental or health expertise, not only took Aughinish’s side but sought to influence the outcome of the health investigation. They refer to the importance of the jobs involved and restate the IDA had been assured by the company that there was nothing to see there. I have a letter showing these notes were circulated to those conducting the investigation into the health problems despite it containing no scientific or health information, clearly an attempt to use economic arguments to influence the health investigation and to bias the whole thing,” he stated using Dail privilege.

Mr Martin, who was Minister for Health at the time, said he has not seen the documents but added that he has a recollection that the concerns were examined from a health perspective and by the EPA at the time.