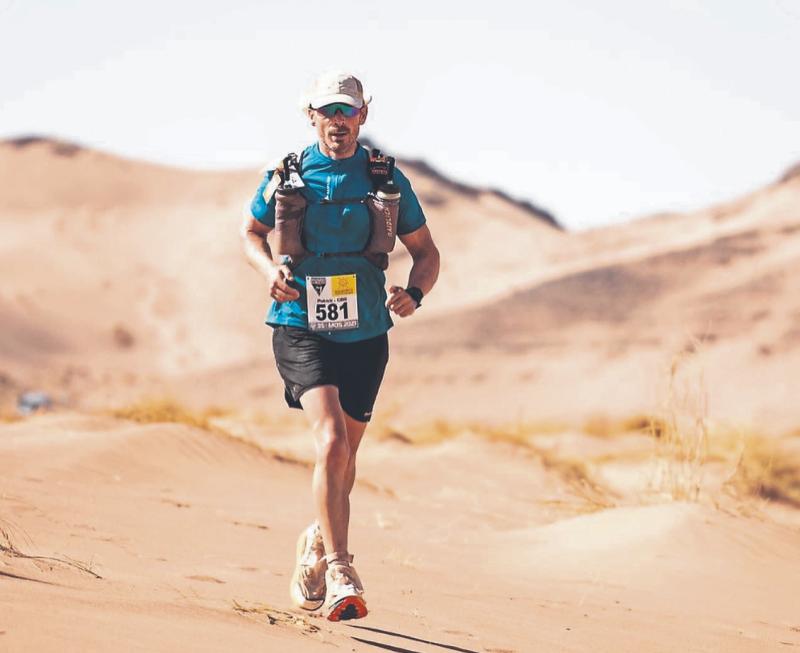 Before and after: Below is Patrick Kennedy cycling for the first time five years ago and he is pictured (main picture) running in the Sahara Desert this year

A MAN with proud Limerick roots has gone from weighing 18 stone and saying “running was something other people did” to completing an ultra marathon in the Sahara Desert.

And Patrick Kennedy didn’t just cross the finish line – he was the first Irish or British athlete and ninth overall in the 250km challenge this year. Indeed, he is the only person from the UK and Ireland to have two top 10 finishes ever.

The 41-year-old had to cross endless sand dunes, rocky jebels and white-hot salt plains. Patrick endured massive sand storms, very cold temperatures in the evenings and then extremely hot temperatures in the day, all while carrying what he needed to survive on his back, including all food and bedding. The Marathon des Sables is considered the toughest footrace on earth.

It is a far cry from east Limerick for the son of David and Patricia.

“My father is from Pallasgreen and my mother is from Caherline. I was born and went to school in London but spent most of my holidays with my cousins on the farm in Pallas,” said Patrick, who is now living in Jersey. It has been home for the last 12 years. His parents still have a residence in East Limerick called Derk House.

Over the years, Patrick saw his weight climb to over 18 stone.

“It was always a struggle when hitting above 18 stone, particularly getting out of cars or the seats on planes being too narrow.” 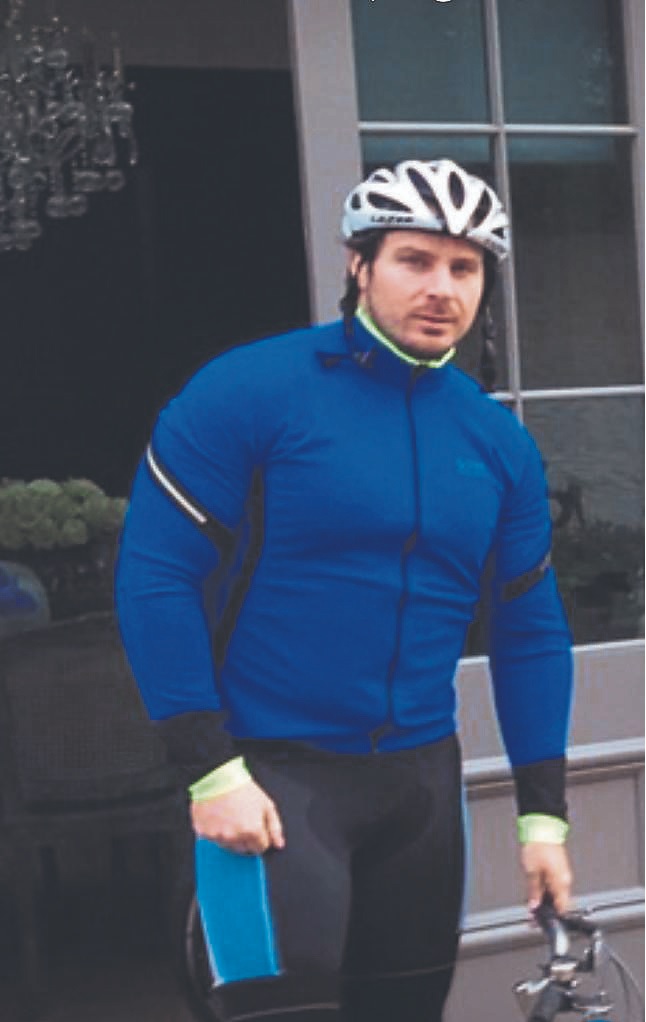 The turning point for Patrick was five years ago when someone asked him to do an Ironman.

“I did not know how to swim, could not fit on a bicycle with the tri bars, and running was something other people did, so I thought why not?” he laughed.

But he says, like with anything, it is all about time.

“Time in the water, time on the saddle, and time firstly on the treadmill. Then as I began to lose weight I hit the pavement and started with a light jog, with intensity increasing over time.”

Over the next five years he had lost five stone and is now around the 13 stone mark. It fell to 12 stone after the Marathon des Sables. Patrick has calculated that he would have burnt off over 70,000kcal throughout the six days.

Limerick man to be sentenced for sending explicit videos to TD

He said the turning point for him to embark on his remarkable journey is when you say you “need a change”.

“Then you test yourself, and keep pushing. You always want to see what you are capable of doing, give 100% all the time, every time and see what will break you if anything. I am always surprised at how capable we are and it is the mind that holds us back from our true potential.” And Patrick is fulfilling his.

“I know Patrick personally and he is one of the most committed athletes I ever came across. I'm not one bit surprised by the great success he has achieved,” said Mr O’Dea.

And Patrick has just had more success. At the weekend he came first overall in the Scotland Ultra X 125.

was one hour 30 minutes ahead of the person who came second, and broke the course record.