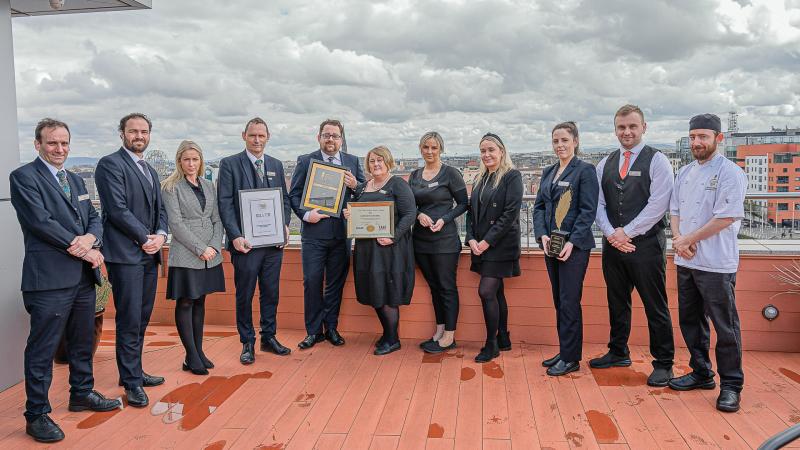 STAFF at the four-star Limerick Strand Hotel are celebrating after winning a hat-trick of awards in recent months.

The landmark hotel, which is located at the Ennis Road, was given the silver medal in the Hotel and Catering Review’s awards, under the category of Irish cities.

Meanwhile, it also won the title of best retail and hospitality award at the Limerick Chamber’s regional business awards, which are supported by the Limerick Leader.

The Strand Hotel opened in Limerick in September 2008 after the Hilton Hotel left the same premises.

A focal point for business meetings and family gatherings, there are 184 rooms in the complex.

Between full and part-time roles, around 200 staff members are employed.

It is a part of the MHL hotel chain, which has a number of four and five-star hotels in Dublin and Galway.

Here in Limerick, the Strand Hotel is managed by Stephen O’Connor.