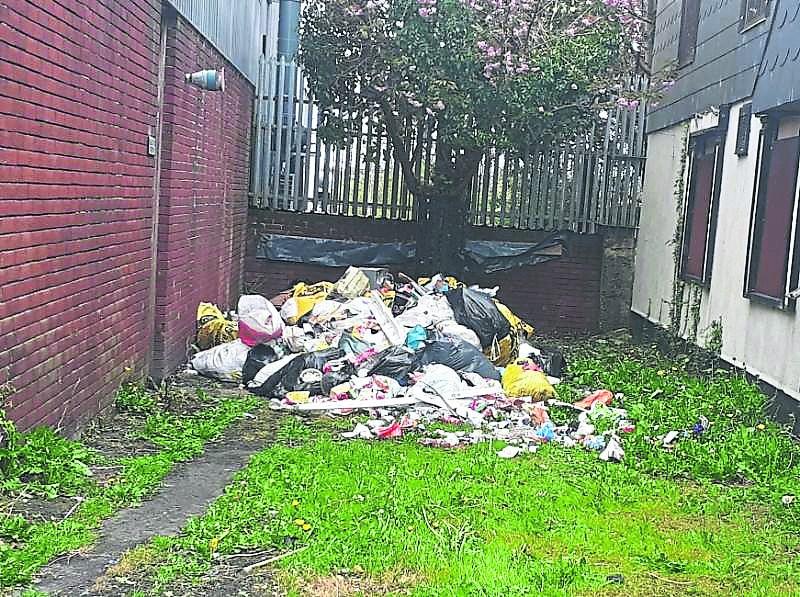 The rubbish was dumped in Thomondgate during Easter week

A FORMER councillor has criticised the local authority after dumping in Thomondgate.

John Costelloe, who stepped down from politics last month, said the scene of a spate of litter being left just off the New Road is owned by the local authority.

And he said for many months he has been trying to get a fence erected around the laneway in order to prevent people leaving behind their rubbish there.

Earlier this month, the Leader revealed the dumping, and the council confirmed it would be cleaning the area, despite maintaining it's on private land.

Council to stage clean-up of significant illegal dumping in Limerick

Mr Costelloe, who remains a member of Thomondgate Residents Association, says the fact a fence has not been erected is a “slap in the face” to locals.

“As residents we are anxious about the whole situation. It feels like the city has had a makeover, but they’ve left out this small little area in Thomondgate which is completely unacceptable,” he said.