Over €500,000 in cash seized at a home by gardai, Limerick court hears 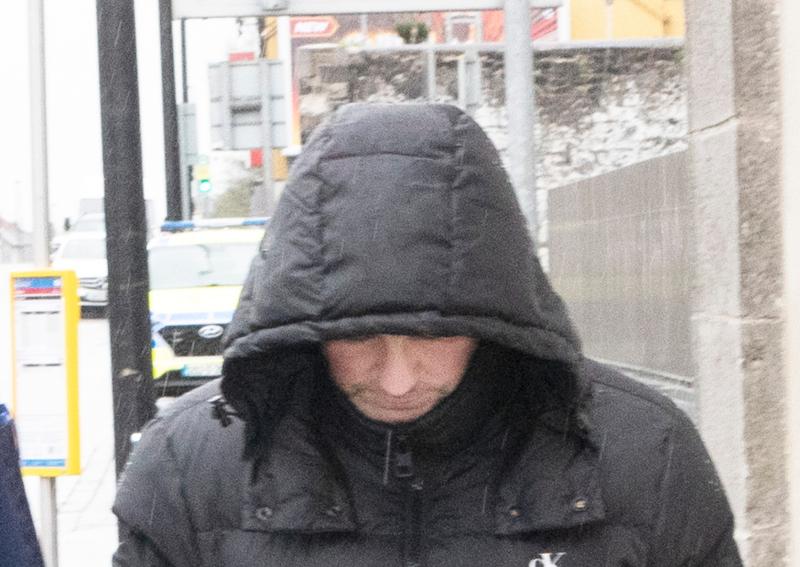 A MAN has been charged with three counts of money laundering after gardai seized "in excess" of half a million euros in cash at his home.

"He made no reply to the charges after caution," said Garda O’Sullivan.

Inspector Ollie Kennedy, on behalf of the State, said they were awaiting DPP directions and would be objecting to bail.

Tom Kiely, solicitor for Mr Duhig, made a bail application on behalf of his client to Judge Keane.

Garda O’Sullivan said it was her belief that if bail was granted the accused "would commit further serious crimes".

"He is a 48-year-old father of two children who resides in Summerhill, Clonlara. He is currently unemployed. He has a number of horses and stables on his property in Clonlara which he owns mortgage free," alleged Garda O’Sullivan.

The court heard that on Friday, April 15, gardai investigating the sale and supply of wholesale drugs in Limerick and Clare carried out a search at a property at Summerhill, Clonlara. Garda O’Sullivan alleged various quantities of cash were found at a number of locations at the property.

The garda said some of the money was "vacuum packed" while other bundles were wrapped in cling film. The court heard the money is not fully counted but is "in excess" of €500,000.

The garda said it was her belief that if Mr Duhig is granted bail he will "continue to launder vast amounts of cash which gardai believe is the proceeds of crime, and commit further serious offences".

"Releasing him on bail is not in the best interests of the public at large," said Garda O’Sullivan.

Mr Kiely said that his client told gardai in interviews that he is "not the owner of the monies and he was under a certain amount of duress".

"He worked in construction for 25 years. He previously had a mortgage on a house in St Mary’s Park (Limerick city) which he sold to purchase the property in Clonlara. He is in receipt of social welfare illness benefit as he has had a triple bypass. He breaks horses and sells them to make additional money," said Mr Kiely.

The solicitor said the property Mr Duhig resides in is a three bedroom bungalow in a rural area.

"There are no signs he is living in the lap of luxury," said Mr Kiely.

Garda O’Sullivan said the house is "done up to a very high standard" and the stables are "very well kept".

Mr Kiely said this was due to his client's work in breaking and selling horses which he has been doing since he was a child.

Mr Kiely said Mr Duhig is entitled to enjoy his presumption of innocence.

"He keeps horses. He has a partner and two children. He has significant medical difficulties and visits his GP regularly. He worked in construction for 25 years which allowed him to buy properties in Limerick which he later sold. Where he lives is a modest property - not in any way lavish. He does not have significant access to monies,” said Mr Kiely, who applied for bail on behalf of Mr Duhig.

Judge Keane said Mr Duhig is entitled to his presumption of evidence. The judge said money laundering "involves a web of significant intrigue".

The judge said she had listened very carefully to the evidence of Garda O’Sullivan and Mr Duhig’s explanation and "co-operation to a certain extent".

Judge Keane said she was refusing bail to "prevent the committing of further serious offences; the nature and seriousness of the offences; length of sentence likely to be imposed if convicted and the strength of evidence".

Mr Duhig, who was wearing a black puffer jacket and black trousers, was remanded in custody to appear via video link in Limerick District Court on Wednesday.