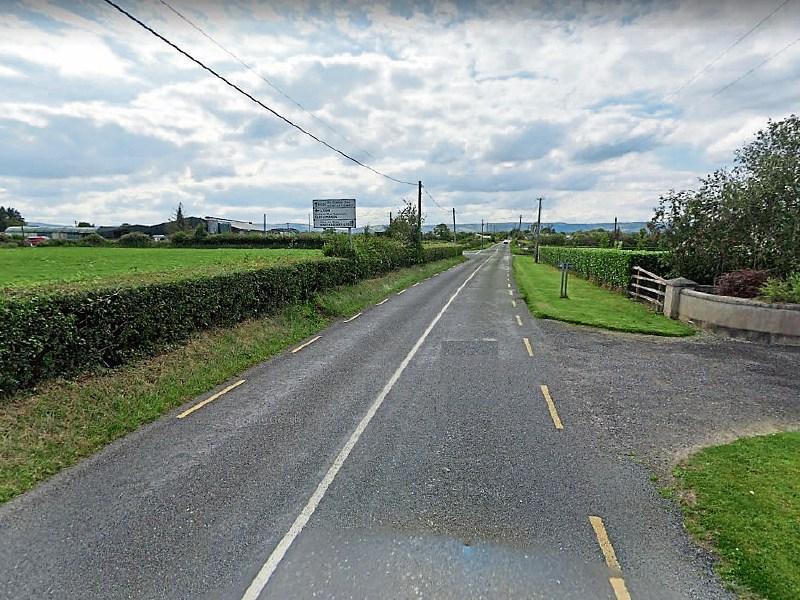 The incident happened on the Bruff Line near CastleMahon Cross | PICTURE: Google Streetview

A VAN driver has been deemed liable for the damage caused in a minor road collision more than three years ago.

A motorist initiated civil proceedings arising from the collision which happened near Castlemahon Cross on October 5, 2018.

The defendants in the case, heard before Newcastle West Court, were Eugene Maher and a company – Kilross Limited.

The motorist said she was driving a Nissan X-Trail on the Bruff Line in the direction of Newcastle West when the accident occurred.

She told barrister Emmett O’Brien she was driving at around 60km/h when she saw a Ford Transit van coming against her.

“I noticed the truck was over the white line,” she said adding that she then moved in “as close as I could to the ditch”. The plaintiff said the van “blew off” her wing mirror and kept going.

“There was a big bang,” she said adding that she then turned her SUV around and followed the van which pulled in.

Judge Carol Anne Coolican was told Mr Maher told the plaintiff he “didn’t realise” he hit her and that he then contacted his employer.

After exchanging details with the woman he left the scene before the arrival of gardai.

Giving evidence, Mr Maher denied having any conversation with the woman  and he insisted driving “as close to the left hand side as possible”.

Being questioned by barrister, Thomas Wallace O’Donnell, he insisted he did not cross the unbroken white line. He also denied he had been driving at speed.

In his evidence Garda Philip Noone said he noted the damage caused to the Nissan X-Trial and he told Judge Coolican that he later contacted the owner of the van who informed him that he was accepting liability for what happened.

Ruling in favour of the woman, the defendants were ordered to pay the costs of her repairs which totalled €2,064.76.