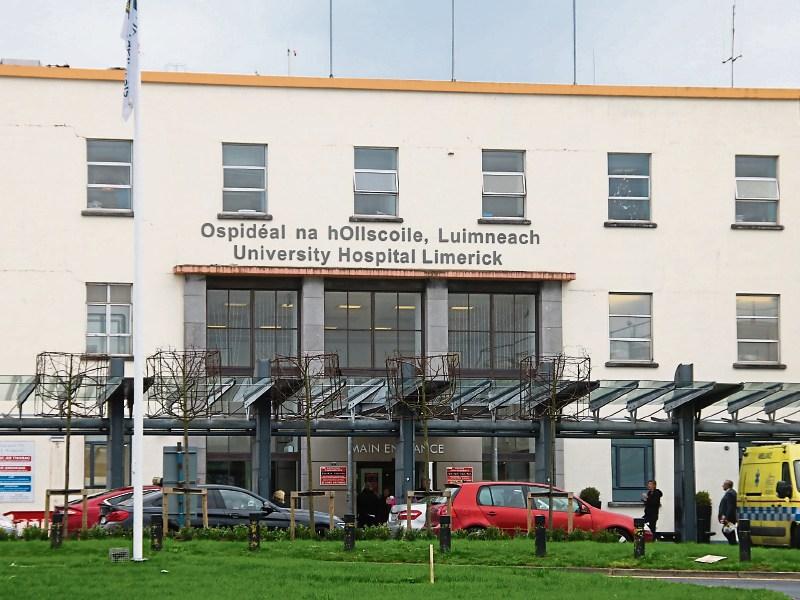 THE progression of the new 96-bed unit at University Hospital Limerick (UHL) will take a big step forward next month, with tenders for the project due.

Chief executive of the University of Limerick Hospitals Group (ULHG) Colette Cowan said the new unit, which has permission to be built on the hospital campus in Dooradoyle, will take the pressure off the existing bed stock.

“The project is out to tender at the moment. The tenders are due in in Feburary. We had said January, but Covid took over everybody in all offices. So it will be early February now,” the hospital chief added.

“​The 96-bed block, why we've pitched for it, is we have 199 beds in our Nightingale wards across the hospital group, and it's very evident to us over the years and even more so since the pandemic, it's a risk for outbreaks. Our plan is to eliminate these Nightingale wards and provide the isolation facilities,” Ms Cowan said.

The news came in a week where UHL was forced to open up ‘surge capacity’ for its facilities, after one of the highest attendances in the emergency department in recent years.

Another 60 beds are available for patient care, but Ms Cowan said these have not been able to be used generally at the moment, since it is in effect a unit caring for people with Covid-19.

“When it's freed up after this pandemic, we will be able to flow more patients from the emergency department,” she said.

Ms Cowan said the hospitals group will be enhancing community care, with a significant project under way.

“We have had huge investment into the area to set up community assessment hubs and alternative pathways for patients so they do not have to come into the emergency department, especially those with chronic diseases,” she said.

Despite the pressure on the emergency department, Ms Cowan says the hospital has never had to send a patient out of the region for critical care treatment.

“We’ve looked after every single one of them. In fact, we've taken patients in from other hospitals in other regions to support their beds,” she said.

The chief clinical director at ULHG Prof Brian Lenehan added: “At all times, the executive would have contingency plans and surge plans in place for our intensive care unit. If our 12 intensive care beds are full and 16 high-dependency beds are full, we'd have moved the high-dependency units to the third floor and converted the remaining beds into intensive care beds and redeployed staff into support them. We'd not have found ourselves in the situation where there is no room at the inn. We had contingency plans to flex-up had the circumstances arose which thankfully did not.”

The deadline for tenders was last September, with the hospital now sorting through these ahead of a decision on the appointment of a contractor.

This is widely expected to happen early next month.

Last week, 97 patients were without a bed at the Dooradoyle hospital, sparking concern from nursing unions.