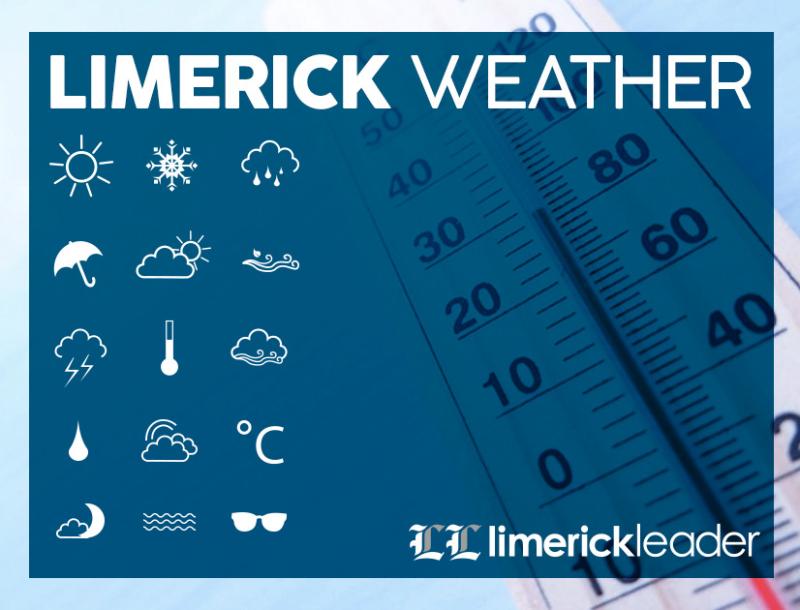 DRY with any mist and fog patches clearing during the morning. Some bright or sunny spells will develop through the afternoon. Highest temperatures of five to eight degrees in light southwesterly breezes.

It will be mainly dry and settled across Ireland over the next few days, but there will be a fair amount of cloud.

Tonight will be predominantly dry and cloudy with light to moderate southwesterly breezes. Patchy drizzle will affect some western Atlantic coasts. Lowest temperatures of two to five degrees generally but it may dip below freezing briefly through the evening hours in the southeast before clouding over.

Tomorrow, it will continue to be largely dry and cloudy with just isolated patches of drizzle. The best of any brighter spells will be in the southeast. Highest temperatures of seven to nine degrees in mostly moderate southwesterly breezes. Overnight, more persistent drizzle may develop along southern and western coasts. Lowest temperatures of three to six degrees in the west but a little colder in the east dipping down to between zero and three degrees with a touch of frost possible there, in light to moderate southerly breezes, becoming fresher on western and northwestern coasts.

Sunday is another dry and cloudy day for most just occasional bright spells developing but with some patchy drizzle occurring in southern and western Atlantic coastal areas. Highest temperatures of seven to nine degrees in light to moderate southerly breezes. During the evening, a band of light rain will skirt the northwest coast, with some more isolated patches of drizzle along western coasts. Lowest temperatures generally of 2 to 6 degrees, coolest in the south, in light southerly or variable breezes with mist and fog patches forming.

Monday will be a brighter day than previous with a mix of cloud and sunny spells, the best of which will be in the east, it will be a little cloudier in the west with patchy light rain and drizzle at times. Highest temperatures of eight to 11 degrees in light southerly breezes.

As for Tuesday, mostly cloudy with isolated light patches of rain or drizzle for the most part however there may be occasional brighter spells mixed in there also. Highs of 6 to 10 degrees in light southerly breezes.

High pressure is indicated to continue dominating our weather bringing predominately dry conditions though there may be periods of light rain or drizzle at times, mostly affecting the north and northwest, while it will remain on the milder side of seasonal average temperatures also.