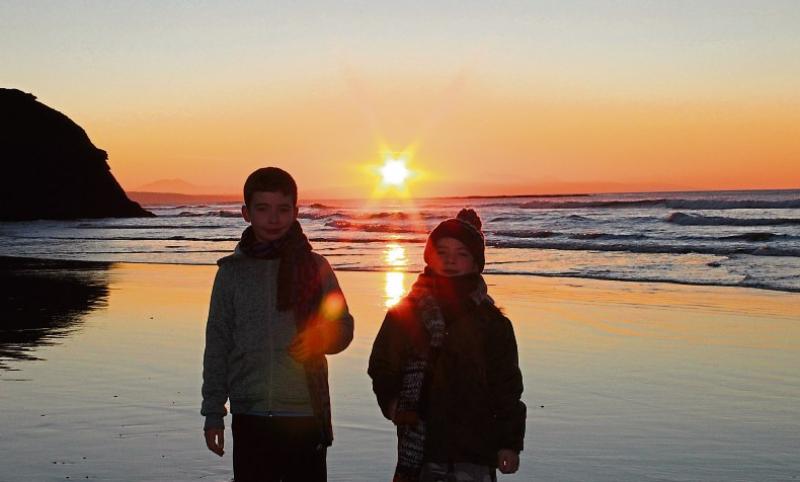 AFTER a life-changing operation for her eight-year-old son was cancelled, Shauna McGinnis has more reasons to feel down this time of year than most.

Instead, the mum-of-two has shared this stunning photograph which is “such a beautiful sign of hope” at the beginning of 2022.

Shauna’s youngest son, Joey, aged 8, was born with a number of medical conditions including a very rare condition which affects just a couple of children in Ireland. Shauna explains that there was a gap in Joey’s oesophagus when he was born so he couldn't swallow.

He has had a number of surgeries over the years. Shauna has “lost count” how many times he’s been in hospital.

Joey was due for a life-changing surgery in Crumlin in the middle of December.

“I kept him out of school for a couple of weeks leading up to it just because of everything going on at the moment with Covid. I spent those weeks preparing him as he gets absolutely traumatised by hospitals, understandably, with all he’s been through. I got this great advice to use “see, touch, sound and smell” to calm him. It really worked and for the first time in his life he was actually excited to go for surgery,” said Shauna, who also has an older son, Callum, who has autism.

However, as Shauna and Joey were ready to leave their home in Newcastle West for Dublin the operation was cancelled “a couple of hours before we were due up”.

“Surgery was cancelled last minute due to Covid related issues and their emergency department being overrun. They told me the winter vomiting bug came early and they had no beds available. They cancelled most surgeries.

“We waited months for the surgery and were told they simply cannot give us a new date because they don’t know and any surgeries that were cancelled were going to be prioritised into ‘most important’. I wrote an email asking ‘define most important’,” said Shauna.

She and Joey were “quite upset” that day. Instead of wallowing in it they decided to take a trip to the beach and the “most amazing thing happened”.

“We saw our very first sunset together and I mean it was the most stunning thing I’ve ever seen. We should have been in Crumlin at that time. It was such a beautiful sign of hope for me,” said Shauna, who kindly shared the photo of her two boys as the sun dips into the ocean with the Leader to help raise spirits as so many are going through tough times currently.