Limerick woman reflects on her family’s history with the land 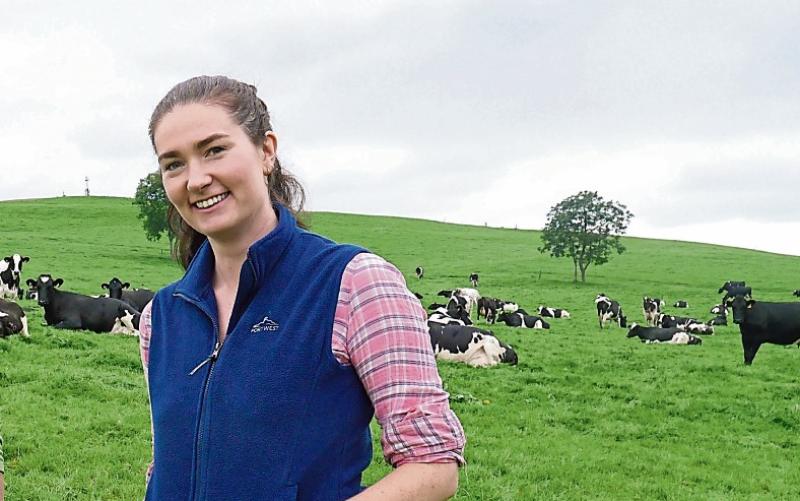 AS THE DESIGNATED farmer in the family, I received a traditional quota of socks and a new pair of wellies from Santa, which were almost immediately baptised with cattle to be fed before tucking into Christmas dinner.

This year, due to the pandemic, our numbers at the table were smaller than usual but my great-aunt Sr Bridget Quinn, had made it over from London and regaled us with stories of the high jinks she and my grandmother got up to as children.

They grew up on a small 30ac farm just outside the town of Hospital given to the family through the Land Commission and the stories range from hilarious to heart-breaking. There were ten children and two adults to four rooms in a house that was so damp the walls “wept” in winter.

Yet somehow, they still managed to each get an orange and some treats in a stocking each Christmas and what they lacked in wealth they made up for in laughter.

I’ve always felt like the spearhead of this laughter was my great-grandmother Kitty Quinn. Nothing seemed to phase her, when money was tight and my great-grandfather had to go to England to work on the railroads, she single-handedly milked the cows, took milk to the creamery and got all the children off to school.

My granny recounts that her mother was the only one who had the knack of dosing cattle with the glass cola bottle they used to use and neighbours would come to Kitty for livestock advice.

Every year I plant potatoes on St Patrick’s Day, and remember the story granny told me of her mother Kitty, calling her over to help her because she realised, with blood coming down her legs in the potato field, that she was miscarrying.

This year, the legend of Kitty Quinn was added to by my great-aunt, who recounted how late one night she and her mother stole into a large landowner’s field to pick turnips to feed the family the next day. “He would have given them to us, but my mother was too proud to admit how poor we were,” my aunt explained.

While my great-grandmother’s story is personal to me, I have no doubt that many people reading it will see similarities in the lives of their own mothers and grandmothers.

Women who worked on farms across Limerick, raising children and livestock but who never let the blight of tragedy or hardship dull their laughter.

It saddens me considerably that the role these women played on farms has never been officially recognised and that still today just 735 (13%) of Limerick’s farmers are women. Limerick is not alone in having a low number of women farming or owning land and Central Statistics Office (CSO) figures show that even when women do own land the majority own less than 20ha – the average farm size in Ireland is 32ha.

Officially, there are just 17,000 women farming in Ireland, and yet 70,000 work on farms every day without any formal recognition or payment and 40,000 of these women are wives.

In our own family history, the farm my grandmother grew up on would be passed to a son and it would take her over 30 years working in London to save enough money to buy her own farm just outside Croom, where we are now.

It’s a sad state of affairs considering the role women played throughout history in the fight for land ownership. In the year of the centenary of the Civil War, it’s important to remember that it was not just men of the Free State Army or the then-IRA who lost their lives, but women in Cumann na mBan did too. The first member of Cumann na mBan to die in the Civil War was Limerick woman Mary Hartney when artillery was used in battle in Adare in August 1922.

I’ve been honoured this year in forming and being elected as the chair of the Women in Agriculture Stakeholders Group, alongside representatives from all the leading farming organisations.

In little less than six months, we have successfully twisted the ear of enough politicians and civil servants to ensure that for the first time ever in Irish history there will be supports for women in farming in the next Common Agricultural Policy (CAP). We have not done this alone, and women across the length and breadth of the country have been contacting us and petitioning their own local TDs.

It is my hope that the coming year will bring a sea change and women like my great-grandmother, who farmed without any formal rights or recognition, will finally receive what they deserve.

It has definitely not all been plain sailing and inevitably there will bumps ahead, but I like to think of Kitty Quinn and a couple of other Limerick grannies cheering from the sidelines in their wellies and waterproofs, and I know they’d be proud of us all.