Limerick's Greg O'Shea has news in his professional and private life 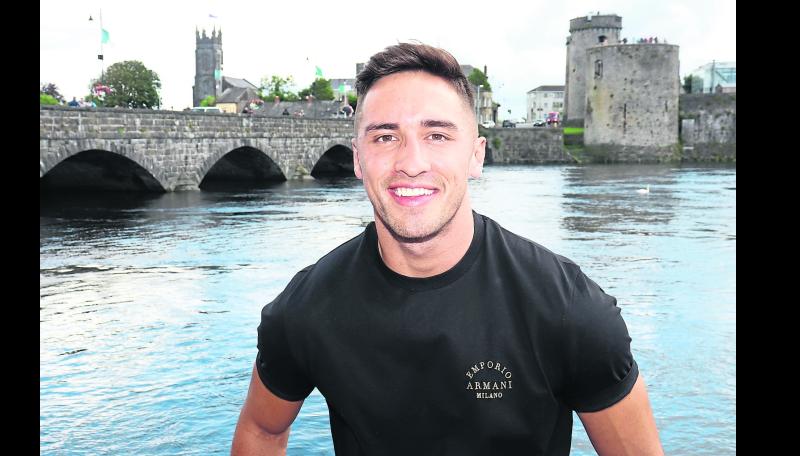 Greg O'Shea is launching an app called @bettrwithgreg on January 13

THE new year is deemed to be a time of fresh starts, and that’s certainly been the case for Limerick’s Greg O’Shea who is starting a new chapter in both his business and personal life.

The Corbally man, who represented Ireland on the Rugby Sevens squad in the Olympic Games in Tokyo last summer, has announced he is launching a fitness and wellness app called @bettrwithgreg.

And, not alone that, but the former Love Island winner has revealed that he is newly-single having split from his girlfriend of two years.

Speaking to RSVP Live, the former reality TV star who is hoping to forge a career in media and broadcasting said: "I am not loved up anymore, I am single as of the last couple of weeks.

"It is the way that things have panned out for me. I was with a lovely girl for the last two years and we had some great times together.

"But, unfortunately, we weren’t on the same page and we didn’t want the same things out of life."

The sports star never publicly revealed who his love interest was. And while he admitted that the split was “heartbreaking” the Limerick man has plenty to keep his mind occupied over the coming weeks and months. In a post on his Instagram page on Thursday night, the 26-year-old made the announcement that he is to launch his new fitness and wellness app @bettrwithgreg on January 13 next.

“The whole idea behind it is just getting BETTR together, so I’m actually going to be doing the workouts live with you. Every week you’ll have multiple workouts to choose from and you can do them all from the comfort of your own home either live with me or catch up on-demand,” he posted.

Fitness and wellbeing, Greg said, has been a passion of his “for as long as I can remember so I’m really excited to build this community with you”.

“There will be a wellness section where I’ll share thoughts and tips with you on how to live a better lifestyle and there will also be a Q&A section where you’ll have direct access to me to ask whatever questions you may have,” he explained.

Greg, who has a huge 973,000 followers on Instagram, shot to fame in 2019 when he won Love Island alongside Amber Gill who he dated for a time.