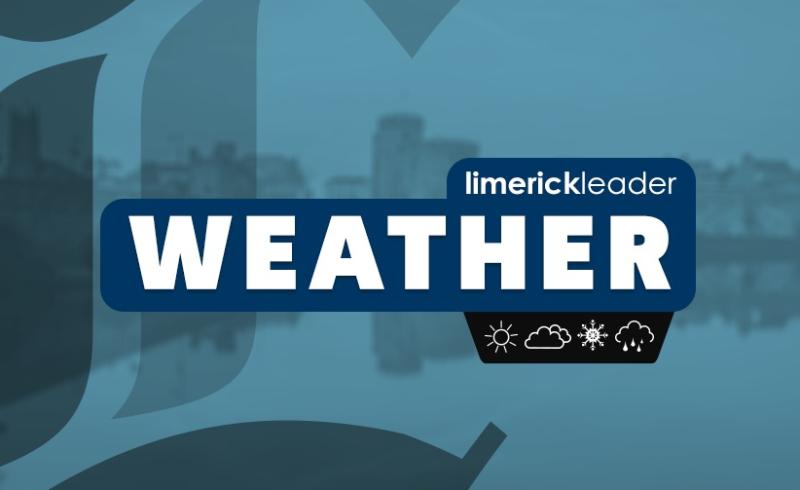 Today will be cold and dry, with frost and ice patches slowly clearing during the morning and long, sunny spells again developing.

Highest temperatures of just 3 to 6 degrees, with light and variable winds turning southeasterly later in the day.

OVERVIEW: Unsettled and generally cold with heavy showers later in the week, some of hail, sleet and possibly snow on higher levels.

TONIGHT: Becoming windier early on tonight with southerly winds increasing fresh to strong and gusty. Rain will spread from the west overnight to all areas, briefly falling as sleet on higher ground. Cold with frost forming early in the night over the eastern half of the country, in lows of -3 to +2 degrees. Becoming milder overnight with the rain.

THURSDAY: Wet and windy to start, with rain clearing eastwards to widespread showers of rain, hail and sleet through the morning. Bright or sunny at times between showers. Showers will become increasingly heavy with a risk of thunderstorms. It will remain quite windy for the day with fresh to strong and gusty southwest winds, with onshore gales on Atlantic coasts. Highest afternoon temperatures of 5 to 8 degrees.

THURSDAY NIGHT: Heavy or thundery showers will continue to feed in from the west overnight in moderate to fresh westerly winds. Showers will be of rain, hail or sleet, possibly falling as snow over higher ground. Lowest temperatures of 0 to +4 degrees.

FRIDAY: Another breezy and showery day with bright spells, and moderate to fresh westerly winds. Showers may fall as sleet in the morning. It will turn cloudier in the afternoon. Highest temperatures of 4 to 7 degrees. Turning windy overnight with a spell of rain moving in across the country from the Atlantic, with heavy falls in places. Southwest winds will increase fresh to strong, and it will become milder overnight.

SATURDAY: A breezy day with rain clearing eastwards in the morning to frequent showers, some heavy, interspersed with bright or sunny periods. Highest afternoon temperatures of 4 to 7 degrees.

SUNDAY: A somewhat calmer day with a spell of rain moving in from the southwest. Cold to start but it will become milder later in the day.

Currently it looks like it will continue unsettled into Monday with further rainfall.