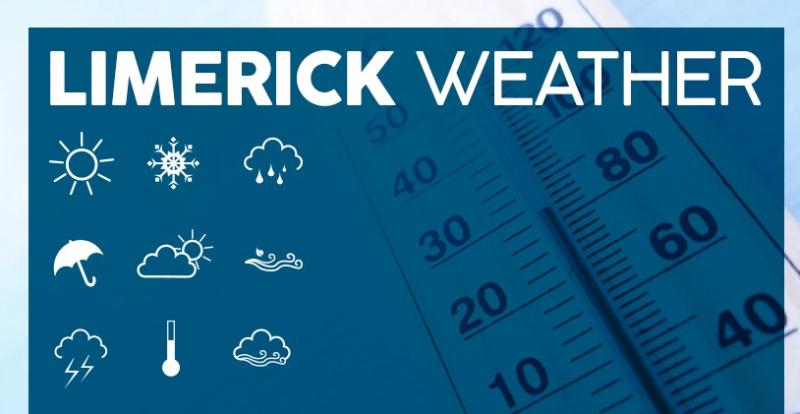 TODAY will be a predominately dry and sunny day, forecasts Met Eireann.

Noticeably colder than recent days with highest temperatures of 4 to 6 degrees in moderate northwesterly winds, backing westerly and easing later.

Overview: Staying generally cold up to the weekend. A spell of rain on Wednesday night will bring a brief milder interlude before the cold weather returns on Thursday. Showers later in the week will turn to hail and sleet at times.

Tuesday night: Tuesday night will be cold and largely dry with long clear spells. Lowest temperatures of -3 to 0 degrees generally, but a degree or 2 higher in north Ulster, with a widespread sharp frost developing in light to moderate westerly winds.

Wednesday: A cold and frosty start on Wednesday, with frost slow to clear in some places through the morning. It will be a dry and sunny day overall apart from isolated coastal showers. Highest afternoon temperatures of 4 to 6 degrees with light westerly winds backing southerly later.

Wednesday night: On Wednesday night, cloud will thicken from the Atlantic with rain spreading eastwards across the country, alongside strengthening southerly winds. The rain will briefly fall as sleet on some higher ground. Rain will be heavy in places, with localised flooding possible. Lowest temperatures of -3 to +2 degrees, coldest over the eastern half of the country early in the night as milder conditions develop with the rain.

Thursday: A windy day with rain to start, gradually clearing eastwards through the morning. It will be followed from the west by blustery showers of rain, sleet and hail, most frequent in Atlantic coastal counties. Highest temperatures of 7 to 9 degrees, occurring in the morning with temperatures quickly dropping as the rain clears. Fresh to strong and gusty west to southwest winds, with onshore gales on Atlantic coasts.

Thursday night: Cold on Thursday night with showers of rain, hail and sleet continuing to feed in from the west. Lowest temperatures of -1 to +2 degrees in fresh and gusty westerly winds.

Friday: A similar day on Friday with scattered showers of rain, hail and sleet, most frequent in western and northern coastal areas. It will be quite cold for much of the day: highest temperatures of 5 to 7 degrees only occurring in the late evening.

Next weekend: Current indications suggest that Saturday will be a wet and breezy day with widespread rain, turning heavy at times. Drier for a time on Sunday, though showers will affect the western half of the country, before a spell of rain moves in from the Atlantic later.