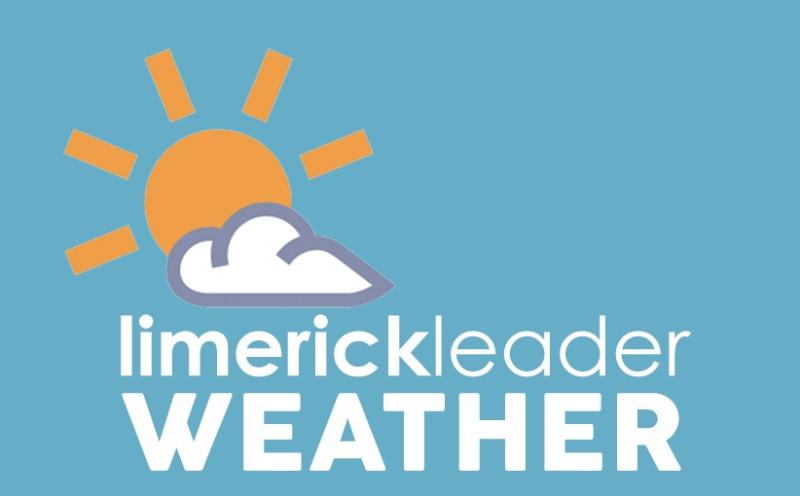 BRIGHT and breezy this morning with sunny spells and scattered showers, some heavy, says Met Eireann.

Highest temperatures of 8 to 10 degrees in mainly moderate southwest winds.

Rain will develop from the north through this evening and early night and it will become cold and clear with a fresh northerly wind. The rain will turn to sleet at times over the mountains. Lowest temperatures ranging from zero to plus 1 degrees with frost forming in light to moderate northerly winds.

Tuesday will be a predominately dry and sunny day with just isolated showers on the west coast. Noticeably colder than recent days with highest temperatures of 4 to 6 degrees in moderate northwesterly winds, backing westerly and easing later.

Tuesday night wil be dry with mostly clear skies. Lowest temperatures of minus 2 to plus 2 degrees with a widespread sharp frost developing in light to moderate westerly breezes. Cloud will build over parts of the west later in the night, with the chance of some light rain developing in the southwest towards morning.

A cold, frosty start to Wednesday with sunny spells developing. Overall it will be a largely dry day with just some coastal showers. Highest afternoon temperatures of 4 to 6 degrees in mostly light westerly breezes, backing southerly later. During the evening, cloud will thicken from the west with rain developing on western coasts on Wednesday night, extending eastwards across the country overnight along with strengthening southerly winds. The rain will be heavy in places with localised flooding possible. Lowest temperatures of zero to minus 2 degrees, coldest in the eastern half of the country early in the night.

Thursday will be a windy day with rain clearing eastwards through the morning, followed by widespread blustery showers of rain, sleet and hail. Highest afternoon temperatures of 7 to 9 degrees early in the day, then turning colder again as the rain clears in fresh to strong and gusty west to southwest winds, with onshore gales on Atlantic coasts.

Friday will be mostly dry for much of the country for much of the day, with showers confined to coasts of the west and north. A moderate southwest to west wind will be fresh on coasts and temperatures will be between 5 and 7 degrees in the afternoon and between plus 2 and plus 4 degrees overnight.

Current indications suggest a wet and breezy day on Saturday with a drier and calmer day in store for Sunday.