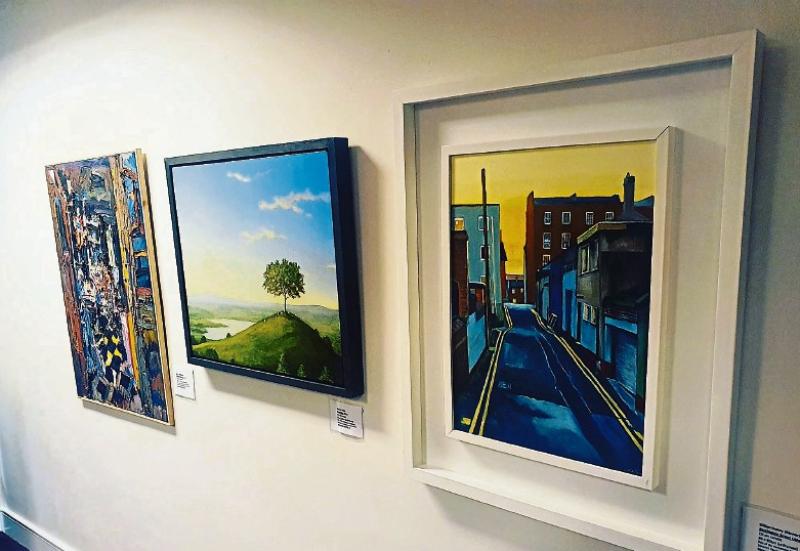 LOCAL artists are set to have their work put in front of visiting dignitaries from Ireland and across the world.

It’s all part of an initiative by Mayor Daniel Butler, who has donated the walls of his rooftop, riverside office at City Hall in Merchant’s Quay to a space displaying the works of artists from across the city and county.

As Limerick’s first citizen, the Fine Gael councillor welcomes people from across the globe on official visits to Shannonside, and he hopes to use his pop-up art gallery to help the local creative talent here make wider connections.

He’s worked with Limerick’s City Gallery, with his opening pieces coming from artists such as Robert Ryan and Gillian Kenny Shinnors.

“My office in a lot of ways is a front door to Limerick when we are welcoming dignitaries here.

He says he’s open to ideas about rotating some of the paintings, with the scheme still in its early days.

“It’s just an idea I initiated. Hopefully, it will lead to opportunities for these local artists.

“We have a great community and we are really lucky to have them. So it’s a case of displaying the artist, telling of who they are and what these paintings are about.

“There is some printwork there. It tells the story of Limerick’s creative community, and maybe visitors to Limerick might support them in their art as a result,” added Cllr Butler.