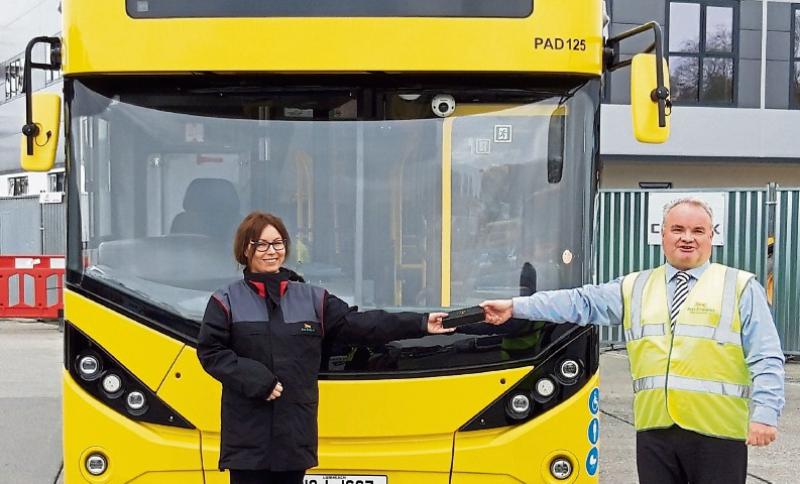 David Cunneen from Limerick was recognised for his heroism in the application of CRP and a defibrillator after he found a man collapsed in Colbert Station.

He worked on the man for almost 30 minutes until the emergency services arrived.

Anita Kurucz, who is originally from Hungary but now in Limerick was awarded for the care and consideration she shows to new drivers, where she prints notes for new drivers undergoing route training with the turns and stops on their new route so that they can concentrate on the road ahead.

In congratulating the winners, Stephen Kent, CEO of Bus Éireann, said: "2021 has been a landmark year for Bus Éireann and I am proud of our team of dedicated employees all across Ireland who go the extra mile for our customers. I would especially like to recognise David and Anita, who have been awarded specifically for their demonstration of Bus Éireann’s core values. David for his heroism in responding quickly to an emergency incident and Anita for her forward thinking approach to helping her new colleagues.’’