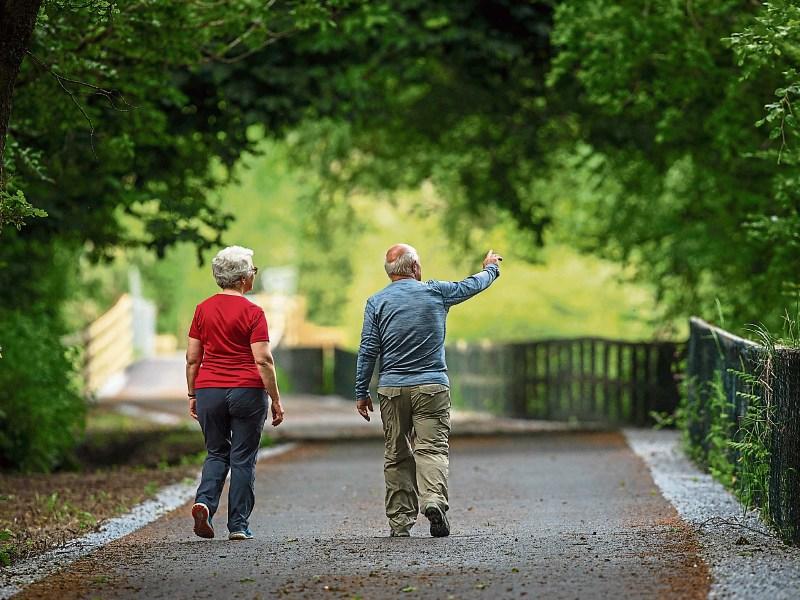 A MASSIVE €4m is to be invested in further development of the Limerick greenway network next year, as part of a €60m spend on greenways nationally.

The money comes on top of the €10m already spent on upgrading the 41km Limerick Greenway section from Rathkeale to the Kerry border which reopened in July.

Plans for new 'hub' on Limerick Greenway are progressed

Ultimately, however, the plan is to extend the Limerick Greenway eastwards, from Rathkeale through Adare and Patrickswell into the city and from Limerick through UL and on to Castleconnell and Montpelier.

Next year, the biggest slice of the funding, €3m, will be spent on a dedicated greenway carpark at Newcastle West and on providing cattle underpasses at a number of crucial junctures along the existing greenway.

The rest of the money will be spent on preparing feasibility plans and examining how to extend the greenway into the city and beyond. The possibility of developing a greenway along the old Patrickswell to Charleville line will also be examined

A further €100,000 has been allocated to Clare to investigate the routing of a greenway from Shannon to Bunratty and then on to Limerick, and €2.5 million to Kerry to continue the Limerick Greenway from the Limerick border to Listowel.

Welcoming the funding, the Mayor of the City and County of Limerick, Cllr Daniel Butler said: “The opening of the Limerick Greenway earlier this year has proved that demand for well managed and safe greenways is there and they will attract Limerick people and visitors from around the country alike. This latest stage of funding will allow us to plan for greenways in other parts of the county.”

“It will build on the impressive visitor numbers for the Limerick Greenway in its first year of reopening after resurfacing,” he said. “Over time we can build a full greenway network throughout the county that will be an amazing amenity for residents and visitors alike”.

Nationally, €60m will be spent on 40 Greenway projects, Transport Minister Eamon Ryan has said while more than €600m is to be spent on national roads.

Included in the funding are the new Limerick to Foynes road with bypass of Adare, the N/M20 Cork to Limerick road and relief roads for Newcastle West and Abbeyfeale.