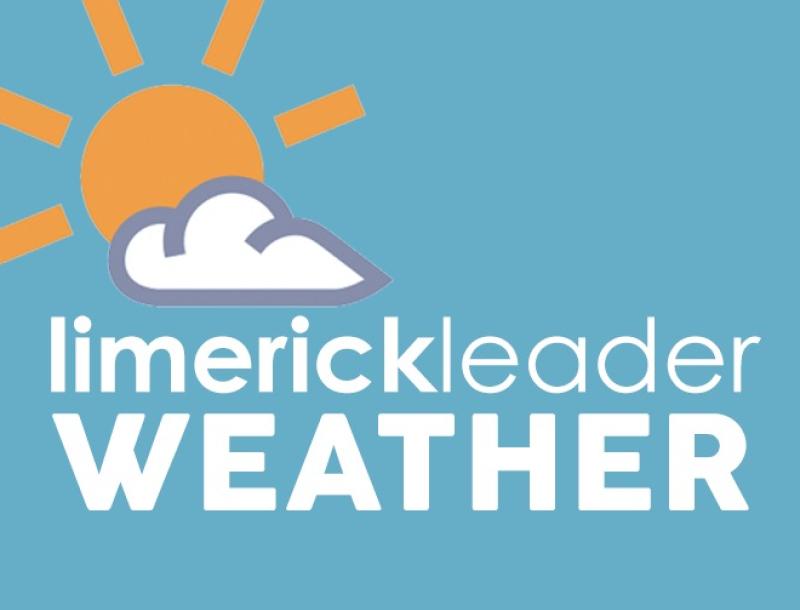 MOSTLY DRY and cloudy today with a few brighter spells locally. Risk of a few spots of drizzle too.

Highest temperatures of 7 to 9 degrees in mostly moderate southeasterly winds, fresher along the southwest coast.

Continuing mostly cloudy on Tuesday night, with rain extending into the west and southwest overnight accompanied by strengthening southeast winds. Lowest temperatures of 3 to 6 degrees, coldest over Ulster.

The rain will spread countrywide on Wednesday morning. Drier conditions will follow for a time in the afternoon but with more rain likely again in the evening and early night.

It will be a bit milder on Wednesday with highest temperatures of 9 to 12 degrees in moderate to fresh south to southeast breezes.

Council urged to carry out audit of fire hydrants across Limerick

Some brighter spells will develop and it will be quite mild with highest temperatures of 10 to 12 degrees in a light southerly breeze. Some rain may return to the southwest later.

Friday, Christmas eve, will bring rain at times in light to moderate east to southeast breezes. A bit colder with highs of 7 to 9 degrees.

At the moment, Christmas day looks like bringing some further rain at times but dry periods too. Highest temperatures around 5 to 9 degrees (coldest over north Ulster with some sleet possible on hills).