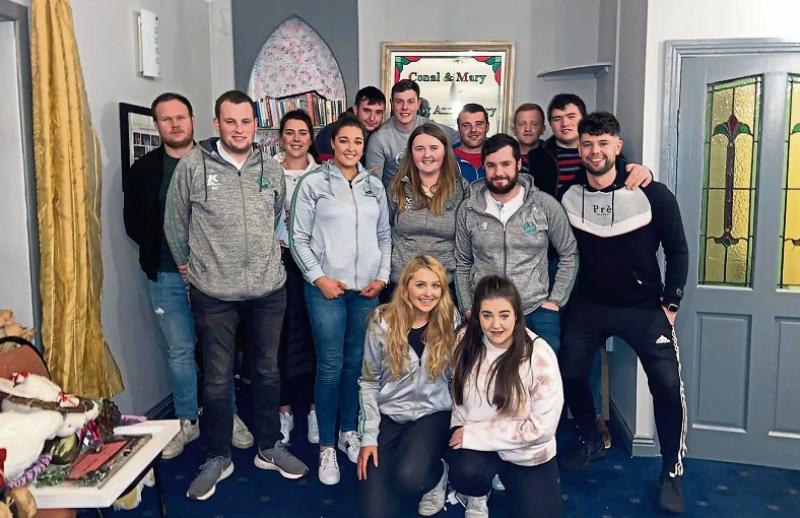 Best in the land: Overjoyed Kilmallock Macra members after they were announced winners of the club of the year title

KILMALLOCK Macra is one of the oldest clubs in Ireland, celebrating its 75th anniversary in 2019, but in 2018 it nearly folded.

Elaine Houlihan, Macra na Feirme Munster vice-president, said the club was closing its doors due to the lack of interest in the area, but a new committee came on board and made it their mission to turn it into the successful club it once was.

And that mission was more than accomplished at the weekend, as Kilmallock was named the winner of the prestigious Macra Club of the Year title.

Elaine, of Kilmallock Macra, said members gathered in Bulgaden Castles to watch the finals on Saturday evening. They were held online due to Covid restrictions.

“After the interviews it was narrowed down to the top 10 clubs in the country and we were delighted to have reached this stage after placing runners-up last year alongside Kenmare Macra.

“Before the final a 90 second video had to be put together to showcase our club which wasn't an easy task as there was so much we had done that didn't fit in the video but we managed after a couple of takes!” said Elaine.

As they all waited nervously in Bulgaden, Elaine said the sense of joy when the host announced Kilmallock Macra as the overall winner is “something we will never forget”.

“Winning this award has been three years in the making as we never stopped pushing the club to reach this stage. Winning Club of the Year now means we are the top Macra club in Ireland, which is something our members are incredibly proud of and is something we will continue to build on,” said Elaine.

Apart from winning the overall competition, Kilmallock Macra also took home the award for the Best Online Event in 2020 from a mental health and wellbeing talk held last January.