Dean of Limerick switches up Christmas tradition for a good cause 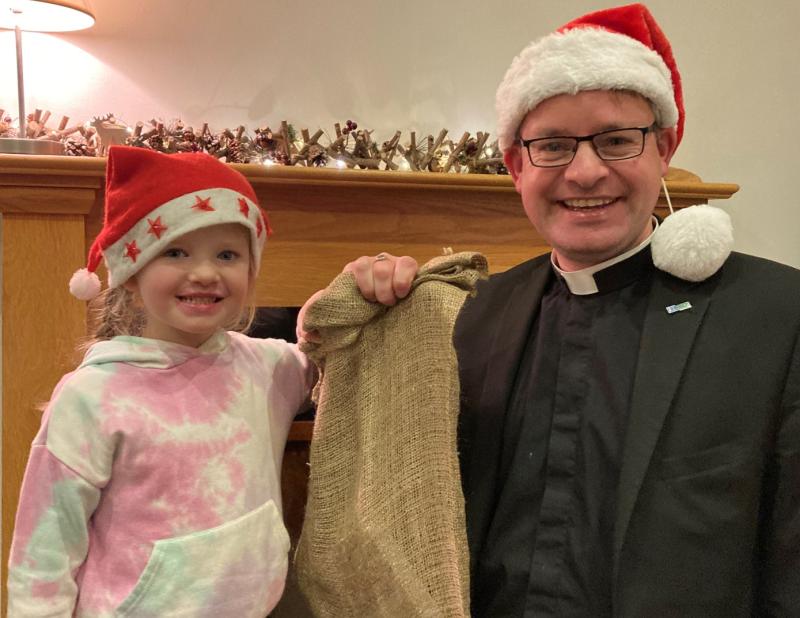 Dean of Limerick, the Very Rev Niall Sloane and his daughter Evelyn hold up their Christmas sandbag stocking to raise awareness of the hunger crisis in flood-hit South Sudan

DEAN OF Limerick Very Rev Niall Sloane has made a change to a Christmas tradition to raise awareness of the hunger crisis in flood-hit south Sudan.

The rector of Limerick City Parish and Dean of Limerick has hung a sandbag on his mantlepiece instead of a stocking for the festive season.

In October, South Sudan saw its worst flooding in nearly 60 years, forcing hundreds of thousands of people to abandon their homes.

Unusual heavy rain in recent months caused the Nile to burst its banks leaving large amounts of farmland under water.

The flooding destroyed homes as well as killing livestock and destroying crops and worsened a food crisis which has left 2.4 million people at risk of falling into famine.

Christian Aid are working with local partners to respond to the crisis and they are providing emergency life-saving support including blankets, mosquito nets, water purification tablets and cash to flood-affected families.

She said: “Through his support for our work, Dean Sloane is standing in solidarity with people living in desperate situations.

"This year, his ‘sandbag stocking’ is helping to raise awareness of the impact that flooding is having on an already terrible hunger crisis in South Sudan.”

To support Christian Aid’s Christmas appeal, visit the website or call 01 496 7040 to make a telephone donation.