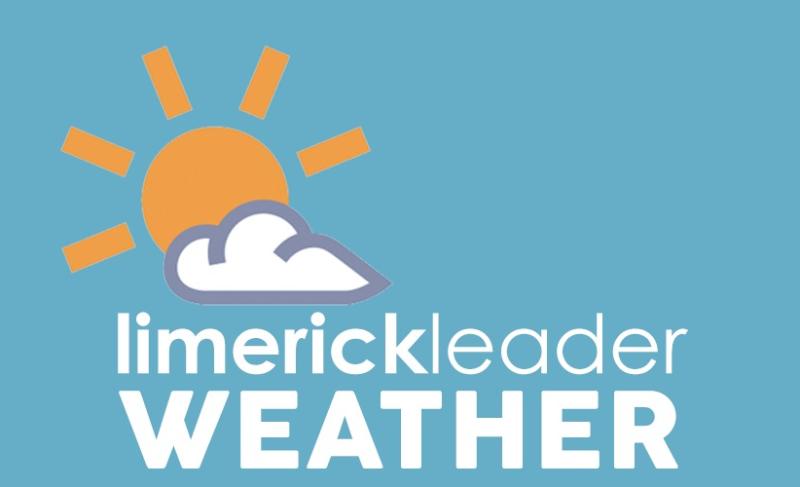 TODAY will be dry with good sunny spells. Highest temperatures of 7 to 10 degrees in light winds.

Monday Night: Dry and mostly clear to start the night. Cloud will build from the northwest with some mist or fog patches developing in the southeast of the country. It will be a cold night too with temperatures of -1 to +2 degrees leading to a touch of frost. Southwest winds will strengthen in the northwesbt, but will stay light elsewhere.

Tuesday: A largely cloudy start with any lingering mist or fog patches clearing. It will be a dry day overall, with some patchy drizzle developing in the northwest through the afternoon. Winds will strengthen from the northwest as cloud continues to build across the country. The southeast will have the brightest weather. Highest temperatures of 8 to 11 degrees.

Tuesday Night: Mostly cloudy with some isolated clear spells in the southeast. Staying largely dry but light patchy rain or drizzle will push into the northwest where light to moderate southwesterlies will increase fresh to strong. Lowest temperatures of 7 to 10 degrees across the north and west, colder in the south and east with lows of 3 to 6 degrees.

Wednesday: Cloudy with outbreaks of rain developing over the northern half of the country. Staying much drier with sunny spells in the south, with just patches of drizzle. Highest temperatures of 9 to 12 degrees with light to moderate southwest winds.

Wednesday Night: The rain and drizzle over the northern half of the country will gradually ease as winds become light. Further south, clearer skies and light winds will allow patchy mist or fog to develop. Lowest temperatures of 6 to 9 degrees.

Thursday: Current indications suggest a rather calm and dry day with some sunny spells and occasional cloudy periods. Highest temperatures of 8 to 11 degrees in mostly light winds.