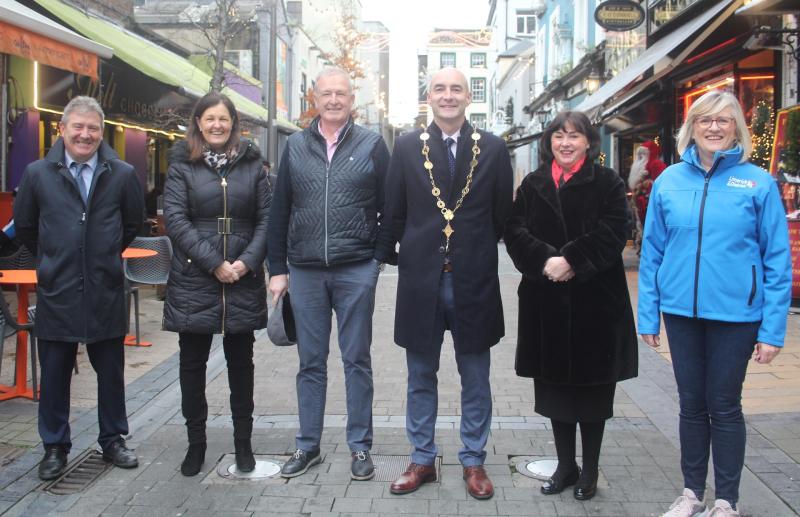 THE Limerick City Centre Traders' association has teamed up with the local authority to bring "a real buzz" for the Christmas season.

Retailers across the city have said a festive thank you to customers for their continuous support through the year, and have asked that locals come into the urban area to do their Christmas shopping.

They are helping to add to the Christmas list of festivities and events on the street.

Take a look at the following video, where city traders recollect their cherished Christmas memories of the past:

Trader Patsy O Brien, who appears second in the video, reminisced on how it was "always mad at home" over the Christmas period.

"After our Christmas dinner, every one of us, of which there were seven, had to go to every single church and visit the Christmas nativity," she said.

Author and former Limerick Leader columnist, Sean Curtin, who can be seen sporting a green top at the tail end of the video, spoke of the hectic nature of Christmas Day, where Santa was shared with nine children in a three bedroom house in Limerick.

Individually and collectively, they are aiming to ensure there is a really warm festive and personal welcome for all ages in the city centre this Christmas.

This year’s list of activities will include Toots the Train, a winter wonderland in the Urban Garden outside Penney's in O’Connell Street, Zumba with Darren in Arthur's Quay, and  music on the streets with Unity Gospel Choir, the Downtown Dixieland Band, The Boherbuoy Band, Stephano, “Thick as Thieves”, and much, much more.

Mayor Daniel Butler said: "There is a special emotional connection that people have with Limerick city centre especially at Christmas and the city centre traders are tapping into this as they encourage more people in to visit the city centre and do their Chirstmas shopping.”

“I would encourage everyone to think local, shop local and remember to support local businesses at this time of year.”

The chairperson of the City Centre Traders' Association and chief executive of the Limerick and District Credit Union Caroline Long added: "We’ve been overwhelmed by the support that we’ve got from the people of Limerick over the last two very difficult years."

She went on to say that the traders were very anxious to express their gratitude and to work together to make sure that the shopping experience in the city was second to none.

"We’ve been working together to organise music on the street, entertainment and to make sure that everybody who supports us with their Christmas shopping really knows how grateful we are for that support. The city centre has always held a magic for people and listening to the people we’ve spoken to, the one common denominator was their sense of passion and pride for limerick alongside their willingness to give gifts ‘straight from the heart, the heart of Limerick city," the businesswomen said.