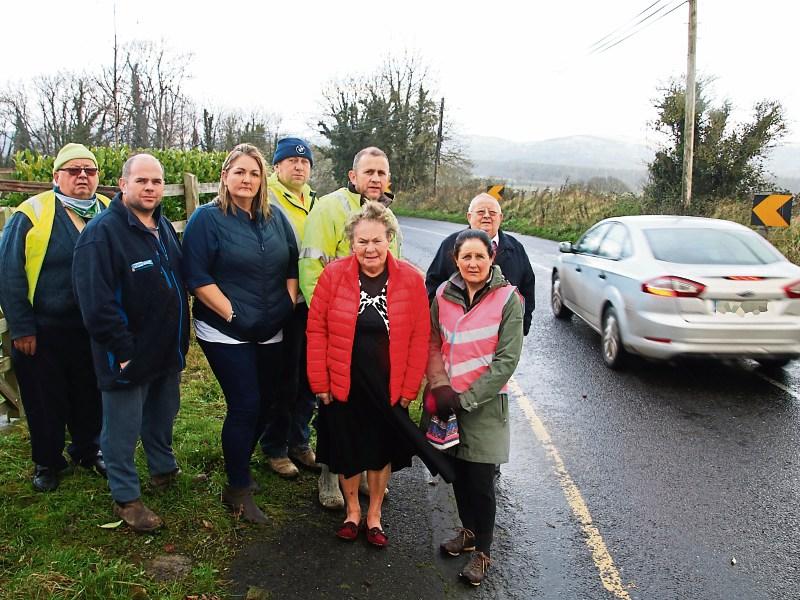 LOCALS in Pallasgreen are continuing their 16 year campaign to have a footpath reinstated on a ‘dangerous road’ in the area.

Residents on the L1152 between Old Pallas and Pallasgreen have been trying to get a footpath re-built on the road after it was removed in 2005.

The footpath was first removed at the Priest's Bend so that the road could be widened to make it safer for walkers and motorists.

Permission was given by the parish priest at the time, who lived at the bend, to remove the ditch and install a timber fence on the grounds that the footpath would be reinstated.

A temporary walking line was put down and residents say that Limerick City and County Council assured them at the time that the footpath would be reinstated.

However 16 years later the pavement has not been re-built and local woman Caterina O'Connor is leading the charge to have it reinstated.

“There have been a number of accidents on the road over the years and motorists take tightly to the bend, everyone has had a close call there at some point," she said.

Caterina added: "It is an 80km/h zone but people go around it much faster, we don't want it to take the death of someone for it to be changed. The residents on the road that we are representing are very concerned about it, it is a dangerous road to drive never mind for walkers”.

Caterina raised the issue at the monthly meeting of councillors from the Killmallock/Cappamore district and said she felt let down by local representation.

“We have raised this numerous times and we feel ignored and let down by the council and our local representatives. The temporary walking line is still there and there is scope for widening the road more if that is what is needed to build the footpath. If it were to be built it would be better for motorists as well as walkers and it would reduce speed on the road.”

Caterina said that in the long run they hope to have Pallasgreen to Old Pallas connected by a footpath but for now they just want the dangerous stretch seen to.

An engineer from Limerick City and County Council said that they will carry out an assessment on the road and clear up what was committed by the council at the time.