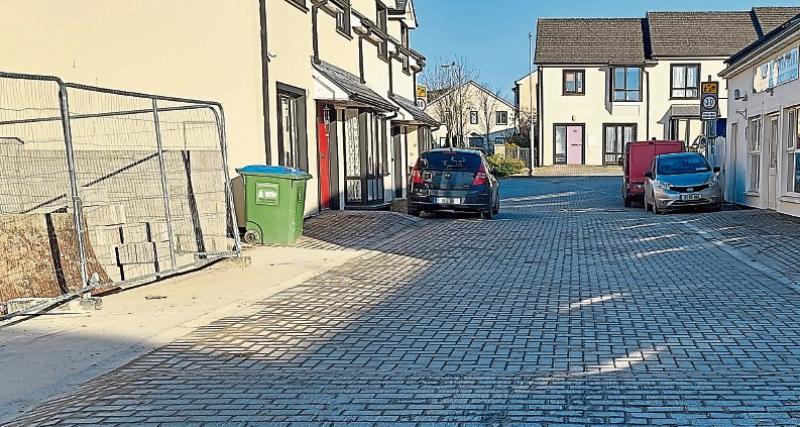 THERE is a “real risk” the picturesque village of Castleconnell will need a Regeneration project like in Limerick city estates, believes a local councillor.

“A multi-agency task force is required to tackle the myriad of issues affecting this estate before it is allowed descend into ruin,” said Cllr Hartigan.

In a statement to the Limerick Leader, the Green party councillor said 97% of houses in the estate are rented with “extremely high rents of up to €1600”.

He claims roads and driveways are made of block paving which cannot withstand the weight of vehicles; bricks are becoming loose causing trip hazards; in parts of the estate there's insufficient storm drains resulting in flooding; lawns have been put down over block paving contributing to the flooding issue.

“Where there are storm drains they are unlocked so can be opened by children. There is a real risk a child will lose a finger or be hit by a vehicle. Speed ramps coming into the estate are badly designed, resulting in cars jolting as you pass them even at slow speeds. Manhole covers are not level with the road. Metal fences are loose and in danger of falling. Bin storage yards and parking spaces are not overlooked by houses leading to antisocial behaviour,” said Cllr Hartigan.

He questioned why Bruach na Sionna was taken in charge by the council in the condition it is in.

“Other estates are waiting for years to be taken in charge because the developer has not met their obligations. It’s hard to believe that the council’s roads and water service engineers signed off that the estate was completed to a satisfactory standard for taking in charge,” said Cllr Hartigan.

The Leader asked Limerick City and County Council for a reply to the points raised by the councillor.

“The Bruach na Sionna estate was taken in charge in May 2016. A snag list was put together in 2014 with a total cost of €20,675.89 for repairs to the estate to bring it up to standard for taking in charge. This amount was claimed from bonds relating to planning permissions 05/513 and 06/64.

“The council is planning to undertake maintenance works after current construction in the area is complete,” said a council spokesperson.

Cllr Hartigan said he too has been assured that the council will do essential upgrade work in the estate but “there is no way that council finances will allow all necessary works”.

“This estate in the centre of historic and idyllic village, which should be an ideal place to live, has been allowed to deteriorate through bad planning, insufficient regulation and lack of enforcement,” he concluded.